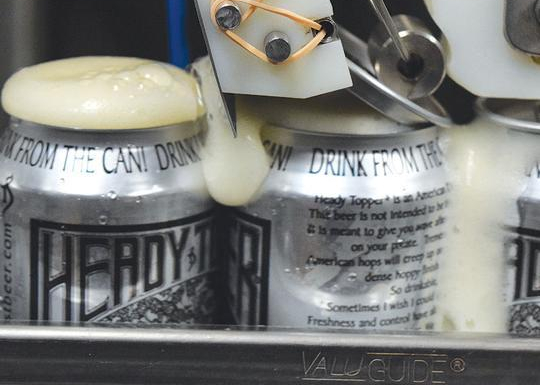 Vermont leads the nation in breweries and beer production per capita 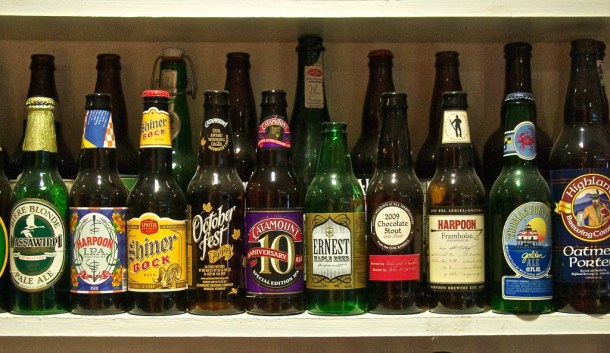 A sample of the empty beer bottles, some thought to be artifacts, on display at Harpoon Brewery’s Tap and Beer Garden in Windsor. In the center is a bottle of Catamount from Vermont’s first craft brewery that opened in 1987 in White River Junction. Photo by Dirk Van Susteren.

The state leads the nation with 11.5 breweries per 100,000 adults age 21 or older. Vermont producers make 151.2 pints of beer for every person of legal drinking age in the state, according to new data from the Brewers Association.

Vermont was the undisputed leader in brews-to-adult ratio. Montana and Maine tied for second with 9.6 breweries per 100,000 people of legal drinking age. Oregon followed with 8.5 brews and Colorado ranked fifth with 8.4 brews per 100,000 adults 21 or older.

Brewers Association chief economist Bart Watson said craft breweries are a growing industry across the country and most people live within walking distance of a brewery, but Vermont’s brewing explosion is incomparable.

“There are breweries all over the United States — 85% of adults 21 or older live within 10 miles of a brewery,” Watson said. “So for a state to have Vermont’s density of breweries is really quite an achievement.” 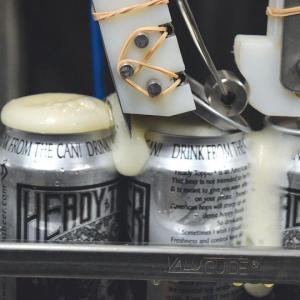 The data also shows the economic impact of craft breweries on the state and the communities in which they are located.

Vermont’s craft breweries are responsible for adding $681 per person of legal drinking age to the state’s economy. Vermont’s beer industry impact ranked second nationally, behind Colorado where the sector generated $764 per person.

“It’s certainly an important industry for the state,” Watson said, noting that part of the success comes from Vermont beer’s reputation outside the state. “A lot of companies are small, but they work together to create an economic impact on the state.”

But while Vermont is the undisputed leader in craft brewing, it’s also a leader in alcohol consumption.

The government’s Healthy People 2020 initiative has set the per capita alcohol consumption target at 2.1 gallons or less per year.

Vermont ranked sixth in alcohol consumption in the nation, consuming a total of 3.08 gallons of alcohol per capita in 2016. This includes 1.56 gallons of beer, 0.79 gallons of wine and 0.73 gallons of spirits per capita.

New Hampshire had the highest alcohol consumption rate with 4.76 gallons per capita in 2016. New Hampshire, Montana and North Dakota were the only states to consume more gallons of beer per capita than the Vermont.

Cindy Seivwright, director of the alcohol and drug prevention division of the Vermont Department of Health, said alcohol consumption increased from 2016 to 2017 and that was of concern to public health officials. 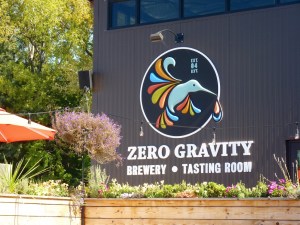 Zero Gravity has a brewery and bar in Burlington.

Since 2015, the prevalence of craft breweries has increased the most in New Jersey and Kentucky, with a 43% growth, followed by Oklahoma, North Carolina, Virginia and New Hampshire.

Watson said the number of breweries has also continued to grow in Vermont over the past three years, but as the nation’s leader, it may soon “reach that saturation level.”

“This trend can only continue for so long,” Watson said. “Not every state enterprise can be a brewery.”

Want to stay up to date with the latest business news? Sign up here to receive a weekly email on all of VTDigger’s reports on local businesses and economic trends. And check out our new Businesses section here.