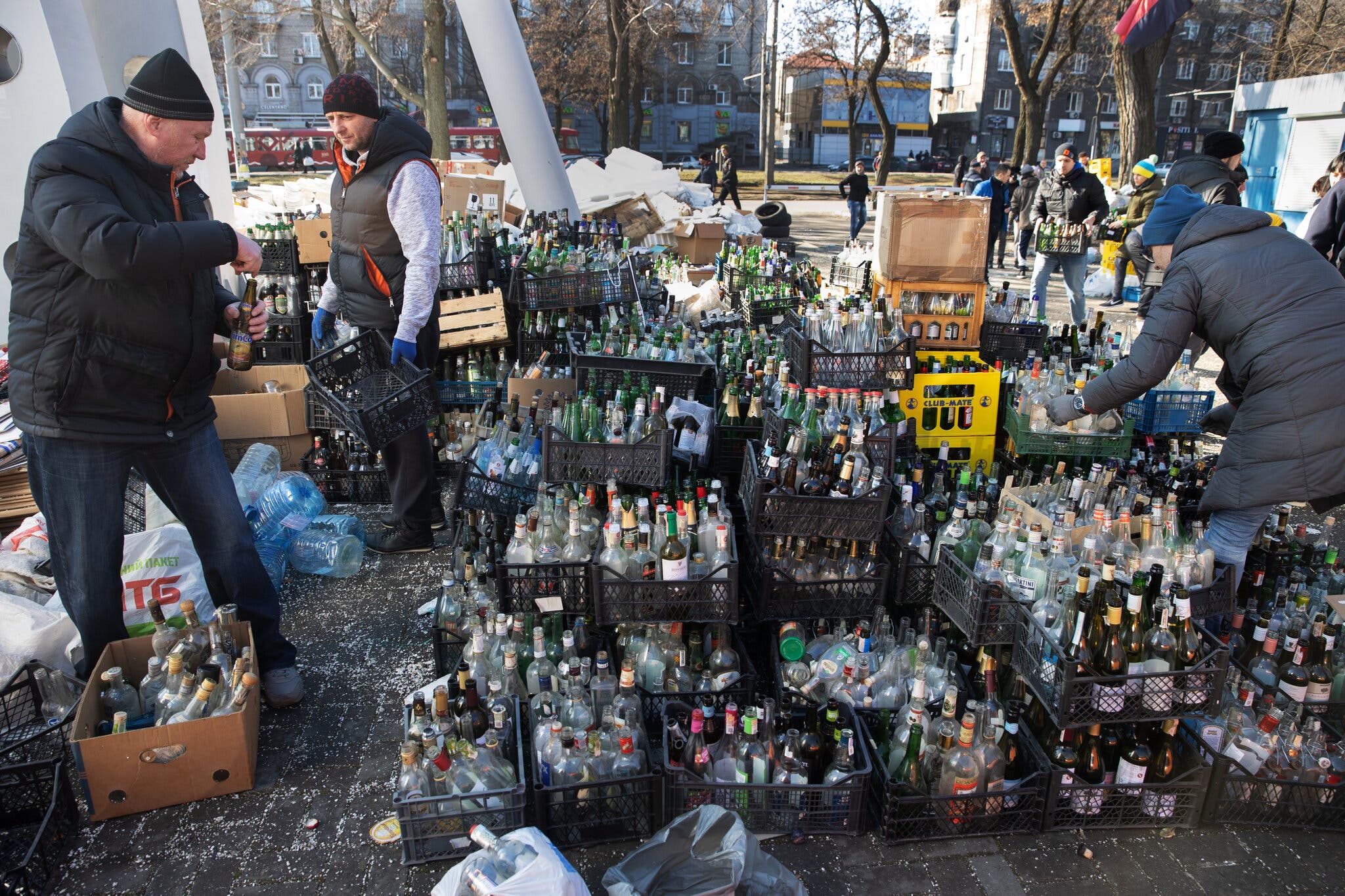 Ukrainian civilians and breweries are responding to President Zelensky’s call to make Molotov cocktails this weekend to defend the country, as Ukraine prepares for an intensifying Russian invasion.

On Sunday, one of the country’s breweries, Pravda Brewery, located in western Ukraine, suspended its beer business and switched to making Molotov cocktails and issued detailed instructions to teach local residents to do so on his Instagram page.

Molotov cocktails, also called “poor man’s grenades”, are gasoline bombs in which glass bottles are filled with flammable liquids – usually gasoline – with a fabric wick which is then ignited.

Located in Lviv, near the Polish border, the brewery has the capacity to produce 1.5 million liters of beer a year, but on Saturday its owner decided to suspend production and started producing the petrol bombs for the Ukrainian Territorial Defense Forces.

“We do this because someone has to. We have the skills, we lived through a street revolution in 2014,” owner Yuriy Zastavny told France24 in an interview, while referring to the pro-Western uprising in Kiev that toppled a Kremlin-backed regime.

The 8-year-old brewery is known for its vocal criticism of Russian President Putin. And one of its most popular beers is called “Putin khuylo”, commonly translated as “Putin is ad *** head”, a slogan mocking the Russian president.

Golden beer is described as having “a lovely citrus aroma and flavor,” according to its website.

Founded in 2014, the brewery claims to be the only brewery in Ukraine to use double fermentation. When beer is brewed and bottled, it adds sugar and yeast, which triggers secondary fermentation in the bottle.

Ukrainian President Volodymyr Zelensky announced last week that the country would arm anyone willing to take up arms to defend the country.