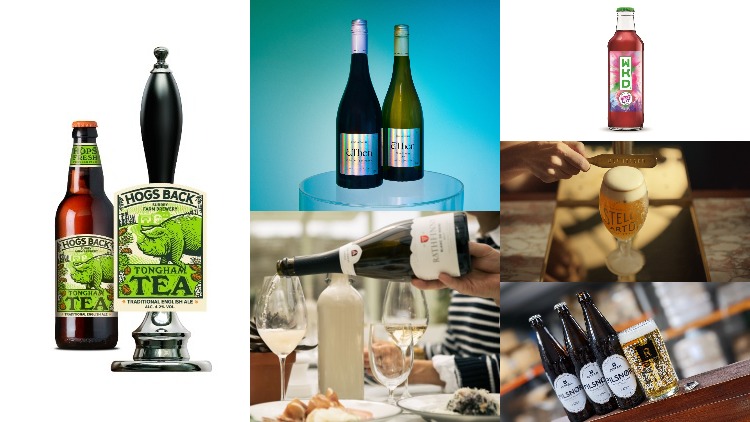 Bold in appearance and taste, WKD Berry Blast aims to stand out on any back bar, aimed at the 18-24 year old market.

With four times the consumer awareness of other RTD brands and sales up 24% over the past two years, according to Brand Health Study and CGA respectively, WKD’s latest offering starts from a strong position.

WKD at SHS Drinks, Head of Brand Alison Gray said: “Berry is poised to be the next big thing in RTD flavors and our eye-catching Berry Blast packs will ensure WKD is front and center. and attracts attention in pubs and bars.

“Our target market actively seeks innovation and new variations; they expect WKD to deliver new products on a regular basis and our latest offering will not disappoint them.

“Our consumers tell us that when they get together with friends to socialize and enjoy WKD in the evening, they always have a great time. Now, with the launch of our latest fruity variant, we can really inspire them to get together and to have fun.

WKD Berry Blast is available from wholesalers such as Matthew Clark and HB Clark.

Premium lager brand Stella Artois has gone back to basics with the launch of its new unfiltered variant.

Stella Artois Unfiltered (5% ABV), a golden lager in its purest form, is available from Waitrose and Tesco for an RRP of £14 for a 12x330ml pack.

Meg Chadwick, Head of Brand Stella Artois Europe, said: “Few people know that beer was originally unfiltered – we are delighted to take it back to its roots with the launch of Stella Artois Unfiltered. .

“The concept is simple – by skipping the filtering stage, we’ve produced beer in its purest, most natural form. Tasty, refreshing and truly beer, au naturel.

“Yes, it’s a hazy beer, but it’s one of our smoothest yet! And it’s that haze that makes Stella Artois Unfiltered authentically delicious. Think impeccable taste – and it’s there just in time for barbecue season, after-work drinks, picnics, and days in the sun.”

Launched in June, Accolade Wines has announced its latest collection of non-alcoholic wines, &then.

The collection will initially be launched with two varietals; a Cabernet Sauvignon and a Chardonnay, with a 125ml glass containing only 25 calories and 1.5g of sugar.

Tom Smith, Accolade Wines Europe Marketing Director, said: “&then is being launched at a time when health and well-being are on the minds of many shoppers, with 54% of global consumers concerned about their physical and mental illness and 46% actively trying to reduce their alcohol consumption. .

“The mid-millennial generation in particular is looking for stylish, contemporary non-alcoholic alternatives without compromising taste or enjoyment – ​​which is another big step forward for wine to compete with other non-alcoholic categories.

“Using Zero Tech X technology, we will use this process across our Accolade Wines portfolio, starting later with a premium South Australian wine base.

“This product offers people who moderate their alcohol consumption a true high-quality non-alcoholic alternative that brings out the flavors and characters of wine at full strength.”

& then will be available direct from Accolade in 750ml bottles at an RRP of £8.

Inspired by the fact that 3.8 million tonnes of citrus peel are thrown away in the UK each year, Sapling’s new variant, of which just 396 bottles have been produced, is good for the planet as the company plants one tree for every bottle sold with 40kg of lemon waste and orange peel creating the pungent taste of Sapling, making this vodka climate positive.

Made in the Cotswolds, Sapling Vodka is quad-distilled from wild grown wheat, then blended with charcoal-filtered deionized water, resulting in a creamy, fragrant and zesty spirit with a hint of sweetness, to enjoy on ice or in vodka cocktails such as the Sgroppino.

Fortum’s and Sapling Citrus Vodka is available at an RRP of £42.50.

The Hogs Back brewery celebrates its 30th anniversary

To celebrate its 30th anniversary, Hogs Back Brewery has renamed its flagship beer Tongham TEA, after its native Surrey village.

The rebranding of Tongham TEA, which stands for Traditional English Ale, will appear on its 500ml bottles as well as new pump clips, glasses and other food service marketing materials.

A full-bodied, well-balanced bitter, Tongham TEA, the brewery’s first beer in 1992, is brewed from English malt with Fruggles hops, gently fermented to a dry finish.

The Managing Director of Hogs Back said: “The return to this name reflects the strong affection that beer drinkers in our Surrey heartland have for beer and brewing.”

Available from Lea and Sandeman at an RRP of £38.95 a bottle (or £36.95 at the case), Rathfinny’s Blanc De Noirs is translucent saffron in color and crafted using the traditional method from 85% pinot noir and 15% pinot meunier with notes of blackberry and almond. flower in the nose.

Created in 2018, which was one of the hottest summers on record, Rathfinny’s new serve benefited from fruit with the ideal balance of sugars and acidity that pairs well with barbecue pork, crispy duck with hoisin sauce or Japanese Nimono dishes.

Sarah Driver, co-owner of Rathfinny Wine Estate, said: “Rathfinny’s winery team have crafted a magnificent Blanc de Noir that retains the integrity of the pristine grapes that were grown and harvested by our team of winemakers and the community. local.

“The ripe red fruits and the low dosage (3.5 g/l) presented in this wine are a true reflection of the style of the Rathfinny house. We can’t wait to share our latest release.

To celebrate all that is great about the Jura, Scotland, the whiskey makers latest offering is a gold colored single malt with honey flavors balanced with hints of exotic spice alongside the classic citrus nose and of Jura vanilla, matured in ex-bourbon American white oak barrels to add floral characteristics.

Gregg Glass, Whyte & Mackay whiskey maker and blender, said: “The dynamism of this new whiskey gives it real personality and flair, while remaining true to the character of the Jura.

“In celebrating the island and its community, it is essential to create a whiskey that offers layers of flavor and a touch of complexity, as it perfectly reflects our inspiration.

“With every sip from this 14-year-old, you are transported to our island in spirit, a gift from our small island community but too beautiful to keep to yourself”

Launched in the UK in March, Jura 14 Year Old American Rye Cask is now available in 70cl bottles of Master of Malt at an RRP of £41.95.

Another celebration of 30 years to close out this week, Rudgate Brewery, an award-winning brewery based in Yorkshire, has launched its first lager.

Rudgate consultant brewer Carl said: “The brew sits between a clean, crisp, harder German Pilsner and the full-bodied flavor and structure of a Czech Pilsner, minus the bitterness.

Originally thought of by Rudgate managing director Craig, Pilsnor’s release last month was postponed for two years due to Covid.

Craig said: “For several years we have been aware of a gap in our portfolio for a lager and decided to go with a traditional style as our first offering as it best suited our brewery and what we are.

“As we are primarily a beer brewer, our knowledge of lager brewing is limited, so we enlisted Carl, a friend of the brewery for several years, to help us with this new venture.”

If you have new products on the way, email details with high-res images by Thursday at noon for possible inclusion in Friday’s article at [email protected].​