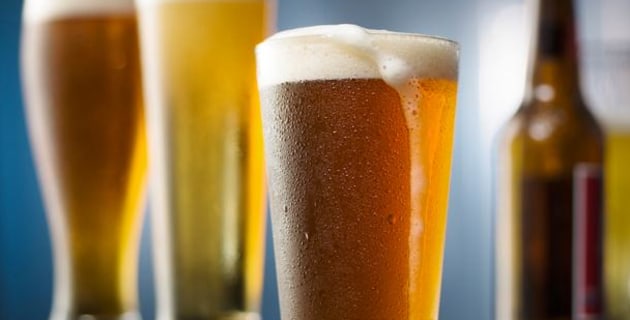 Domestic beer production is worth $16.6 billion to economy: report

Domestic beer production is worth $16.5 billion a year and accounts for 84% of the beer consumed in Australia, according to a report by ACIL Allen Consulting.

Commissioned by the Brewers Association of Australia, Economic Contribution of the Australian Brewing Industry 2017-18 from Producers to Consumers, beer produced in Australia supports nearly 103,000 full-time local jobs in the production, supply and retail.

Brewers Association CEO Brett Heffernan said while data for 2017-18 was slightly lower than 2015-16 due to an increase in imports (up 16.2% from 14%), beer was “mainly a domestic industry”. The top three brewers — CUB, Lion and Coopers — account for 79.4% of sales volume, Heffernan says.

The report found that locally brewed beer supports more than 12,500 jobs and generates around $6 billion in revenue in its direct supply chain alone.

“When you add the jobs and economic inputs, beer grows in agriculture (mainly malting barley and hops); the wider supply chain, including the manufacturing, packaging and transportation sectors; to pubs, clubs, cafes, restaurants and retailers; Beer production in Australia generates 102,816 full-time equivalent jobs and $16.5 billion a year for the economy,” Heffernan said.

“For every direct full-time equivalent job in beer manufacturing at an Australian brewery (3,700), an additional 26.8 jobs are created elsewhere in the economy. Every Australian schooner of beer sold in pubs and other licensed establishments contributes contributing $6.46 to GDP, while its off-license equivalent in packaged liquor store sales contributes $2.72 to GDP.”

“The Australian Bureau of Statistics reports that Australians are drinking less alcohol today than at any time in the past 55 years, with 84% of us drinking within the recommended limits. That’s a change. very positive culture,” says Heffernan.

Little brewers that can

Although the report found that small brewers only account for 3.4% of sales volume, Independent Brewers Association president Jamie Cook told Food & Drink Business that their impact was much higher.

“Independent brewers certainly offer a disproportionate economic advantage compared to our market share – we have a 5.9% share of volume and almost 10% of value.

“Last time we checked in 2017, we generated 2,700 jobs, or more than 40% of direct employment across the entire brewing industry,” Cook says.