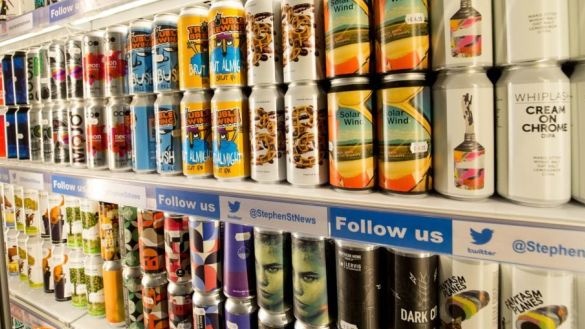 Despite an overall decline in alcohol consumption in recent years, beer sales are on the rise, according to a new report.

The move comes as sales rose 3% and consumption edged up.

Beer remains the most popular alcoholic beverage in the state with a 45 percent market share. Of these, lager is the preferred beer with a 63.8% market share, followed by stout at 29.3% and other beers at 6.3%.

Alcohol-free beer first hit the market last year and now has a 0.6 percent share. Globally, sales of low-alcohol, non-alcoholic beer jumped 60% in the Republic between 2017 and 2018, to 30,000 hectoliters.

Most beers are still drunk in bars, but non-commercial sales increased to 36.5% from 35.2% last year.

Brewers paid 430 million euros in excise duty in 2018, with 29% of the price of each pint going to the government in tax.

The value of beer exports fell to 268 million euros compared to last year, but the Republic remains the seventh largest exporter to the European Union.

According to the association, more than 1,000 people are directly employed in the sector.

â€œThe beer industry in Ireland continues to perform well, thanks to the constant focus on innovation and creativity by brewers large and small. This is illustrated by the growth of the craft beer sector since 2014 and the plethora of new products on the market in recent years, â€said association president Jonathan McDade.