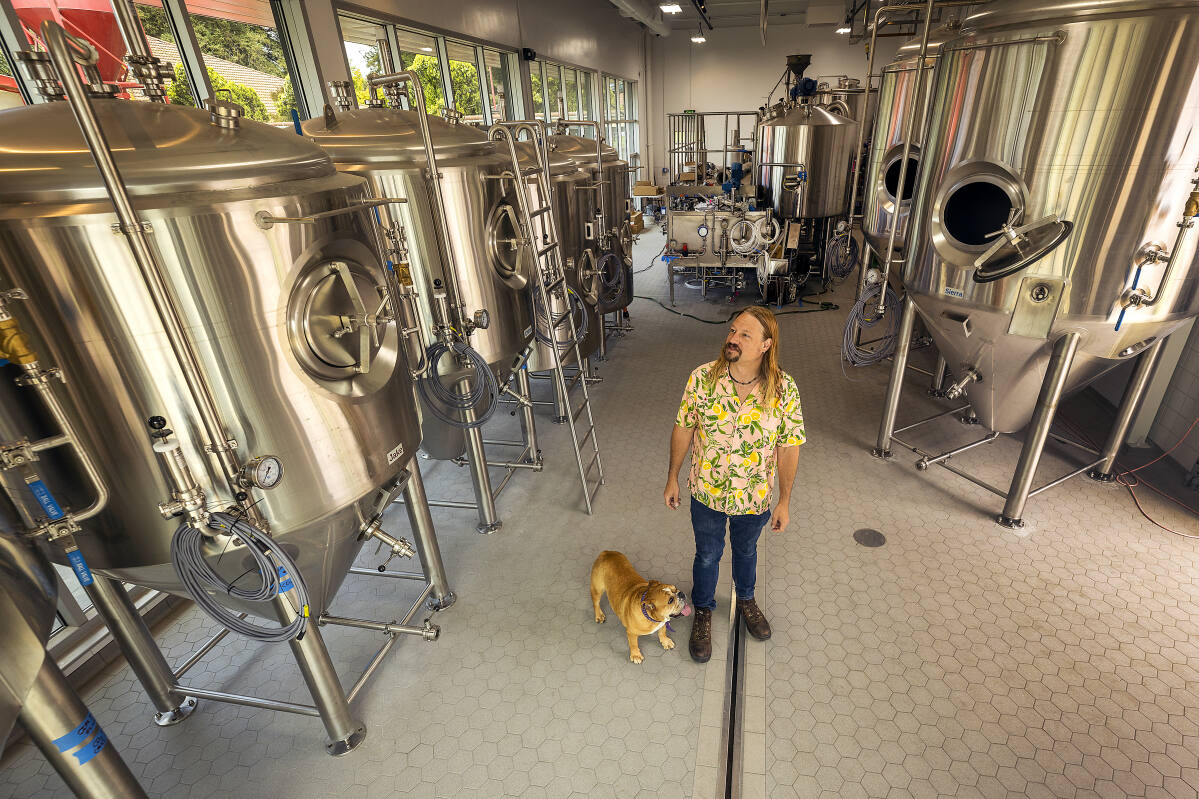 Craft breweries across the country are adjusting to the whiplash from rapid growth a decade ago to a dramatic slowdown in sales in recent years.

The fallout has been swift and brutal, particularly among some of the best-known brands, with craft beer sales down 7.5% over the past year at retail establishments tracked by the company. IRI market studies. Notable examples include Stone Brewing Co. of Escondido, which was bought out last month by Japanese brewer Sapporo when the company owed $464 million to private investors, and San Diego’s Modern Times Beer in receivership and looking for a buyer to save it. .

Lagunitas Brewing Co. in Petaluma, however, is looking to the future.

The company, which has been wholly owned by Amsterdam-based Heineken International since 2017, is bullish on its new hard tea product with a $4 million marketing campaign. Later this year, the brewery will launch Island Beats, a less bitter, lemony beer that has a smoother 5% alcohol content. And later this month, Lagunitas will complete construction of its innovative brewery that will allow its team to test experimental beers in small batches for its fans.

At the helm of the company is CEO Dennis Peek, a Dutchman who rose through the ranks of Heineken in North America over the past decade and took over as CEO of Lagunitas in February 2020 just before the pandemic hit. . Peek strikes a delicate balance as he brings all the knowledge and capabilities of the world’s second largest brewer to grow the Lagunitas brand domestically and internationally, which is now sold in 48 countries. At the same time, he must maintain the company’s DNA profile of a smoker-friendly culture known for its potent IPAs, as his Maximus double IPA beer has a high alcohol content of 9%.

Peek said he thinks the craft beer segment has become so integrated into the IPA style that there is little distinction in the market for most consumers.

The IPA category accounts for about 5% of all beer sold in the United States, but could double in the future, he said.

“As the leader in IPA, we can accelerate that,” Peek said of future growth. “We will continue to innovate in the IPA segment to attract new consumers to the IPA. We’re really seeing that not just in the United States, but around the world with this trend happening.

To be sure, Lagunitas has encountered its share of fiscal challenges as the company’s sales in the craft category have declined 12.4% over the past year, according to IRI.

The brewery had 730 employees when Heineken first invested in 2015 with the brewery’s valuation at the time at around $1 billion, people familiar with the deal told The Press Democrat. The number of people is now around 500, Peek said. Heineken also noted in its 2021 annual report that it took an impairment loss — a permanent decline in the value of an asset — of $240 million primarily related to its investment in Lagunitas and a slower-than-expected recovery. of COVID-19.

But the difference was that Tony Magee, who founded Lagunitas in 1993, saw an exit ramp and acted years before most in the craft beer industry with the Heineken investment.

Kevin McGee, CEO of Anderson Valley Brewing Co. in Boonville, said in an email that Magee “did a great job doing what he needed to do when he had the chance and then when out. C is a rare talent.

Lagunitas had launched a brewery in Chicago that opened in 2014 and had big plans for one in Azusa, but growth then slowed.

“He (Tony) was running pretty hard with aggressive funding to ride the wave of growth that was happening at the time and I don’t know if he had a big margin of error at the time. It could have been a very different story for sure and I doubt it’s something that can be replicated by any other brewery today,” McGee added.

The Heineken investment allowed Lagunitas to play the long game in times of downturn with many craft brewers or those jumping on a hip craze like hard seltzers, a category where growth has flattened. Lagunitas has deepened its roots in the IPA category with different styles, such as a hazy IPA version and a low-alcohol version with fewer calories called Daytime IPA.

These efforts continued with a non-alcoholic hop tonic water, which was later used in a cannabis drink, called HiFi Sessions, produced by CannaCraft in Santa Rosa and sold at licensed dispensaries. Earlier this year, Lagunitas introduced a revamped HiFi range with more fruit flavors. It also offers a non-alcoholic beer, IPNA, flavored with Mosaic and Citra hops.