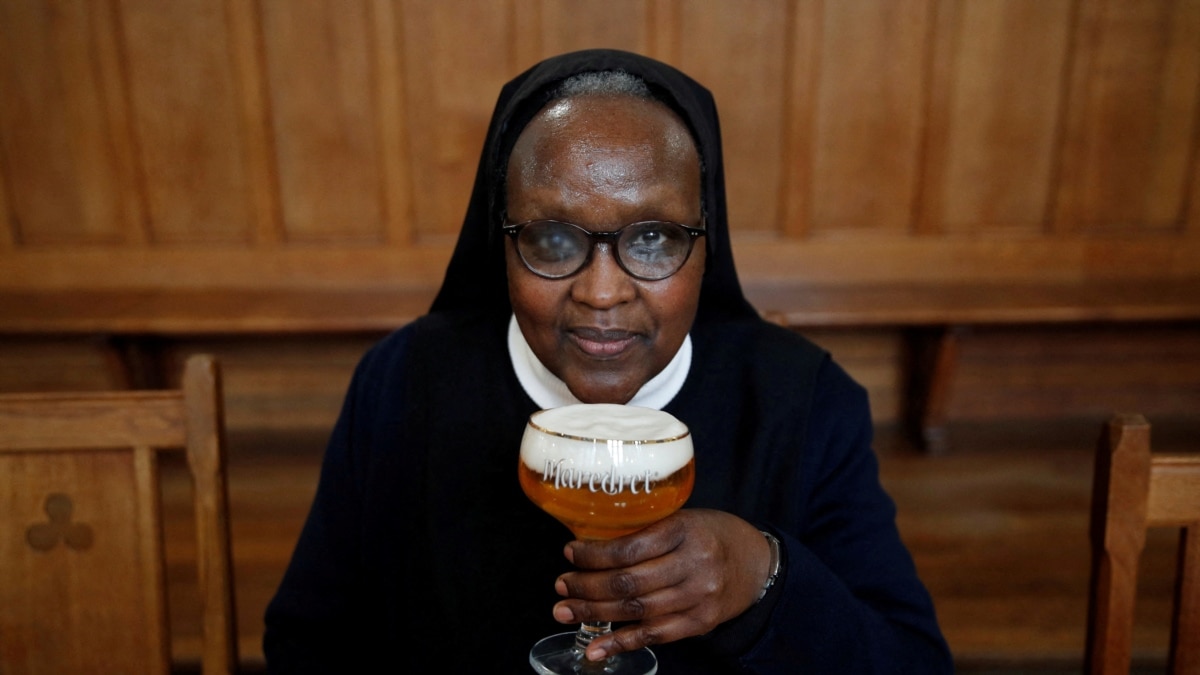 When the nuns of Maredret Abbey in Belgium struggled to raise funds for badly needed renovations, they turned to a profession that for hundreds of years had been the prerogative of monks: brewing some beer.

The 20-person Benedictine community, founded in 1893, decided about five years ago that it was time to team up with a brewer with the goal of producing beer imbued with part of their history and values. while helping to repair leaky roofs and cracked walls in their convent. .

After nearly three years of collaboration with brewer and importer John Martin, Maredret Altus, a 6.8% amber beer made from cloves and juniper berries, and Maredret Triplus, an 8% blonde incorporating coriander and sage, were marketed in summer.

“It’s good for your health. It aids digestion. All the sisters love beer, we are in Belgium after all,” said Sister Gertrude, adding that the nuns allowed themselves one bottle each on Sunday.

The beers are made from spelled, a cereal mentioned in the texts of Saint Hildegard, the 11th century German Benedictine abbess who inspired the Belgian order, as well as plants commonly cultivated in the garden of the nuns.

Edward Martin, chief distiller and great-grandson of the brewer’s founder, said production is currently 300,000 bottles per year, which will reach around 3 million within a few years. Outside Belgium, it is already marketed in Italy and Spain.

Abbey beers, which involve a brewer paying royalties in exchange for using the abbey’s name, are common in Belgium, but until now they have only been found in abbeys with monks.

Maredret Abbey is only a mile from its male counterpart of Maredsous Abbey, whose beer, made by Duvel, is widely available.

Sister Gertrude stressed that they do not see each other as rivals.

“They were aware, informed and they gave us the green light. It is not a competition, more a complementarity”, she declared.

What to expect when you visit Buffalo Brewing Company