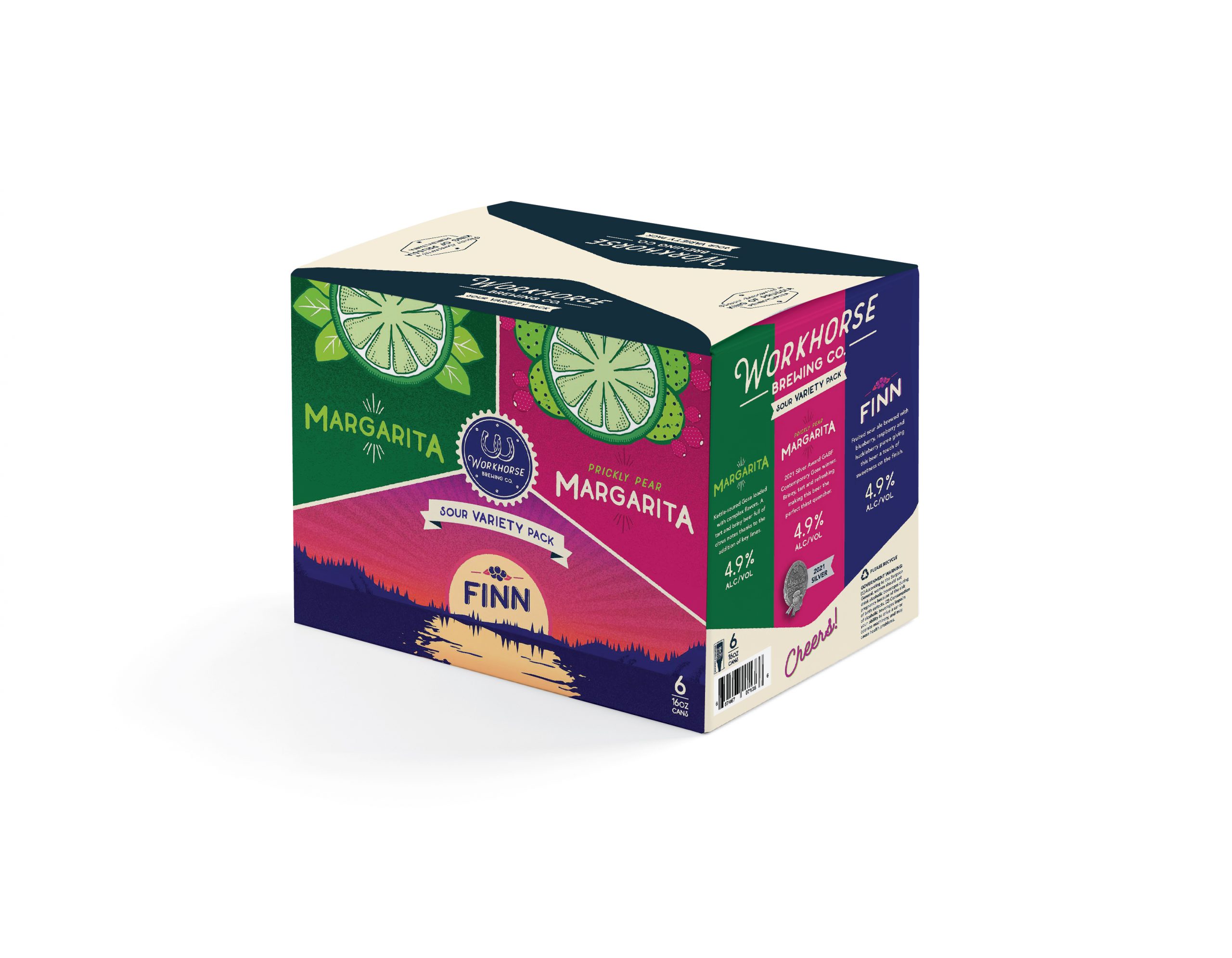 
KING OF PRUSSIA, Pennsylvania – Workhorse Brewing Company will release its first-ever strain pack this summer. This 6-pack of 16oz cans will include two cans of Finn, Margarita Gose and Prickly Pear Margarita Gose.

Workhorse Brewing is known for its clean, crisp lagers; however, they are starting to put their name on the map with their sour beers after winning the 2021 GABF Contemporary Gose Silver Medal for Prickly Pear Margarita. The Sour Variety Pack is a limited seasonal release and will be available throughout southeastern Pennsylvania and New Jersey starting in early June.

The beer descriptions and ABV for the three beers are below:

Finn 4.9% – sour beer brewed with lingonberry, raspberry and blueberry. Pouring a beautiful deep magenta with a light haze, bouquets of jammy aromas give way to a slightly tart flavor with just a hint of sweetness.

Margarita 4.9% – tangy gose loaded with complex flavors and filled with citrus notes thanks to the addition of limes.

Located in King of Prussia, Pennsylvania, Workhorse has been producing premier beers since August 2018. Workhorse is known for its core brands: New England IPA, West Coast IPA, and Golden Lager; however, they are becoming renowned for their amazing sour beers, one of which won them a silver medal at the 2021 Great American Beer Festival (Prickly Pear Margarita Gose). With a 5,000 square foot dining room, customers can try all their favorite brews and limited seasonal brews with a direct view of their brewery. If customers can’t make it to the brewery, they will be able to find Workhorse Brewing Co on the shelves of retailers in southeastern Pennsylvania and New Jersey. Workhorse Brewing Co strives to create a welcoming and enjoyable experience for all craft beer lovers with every beer well made.