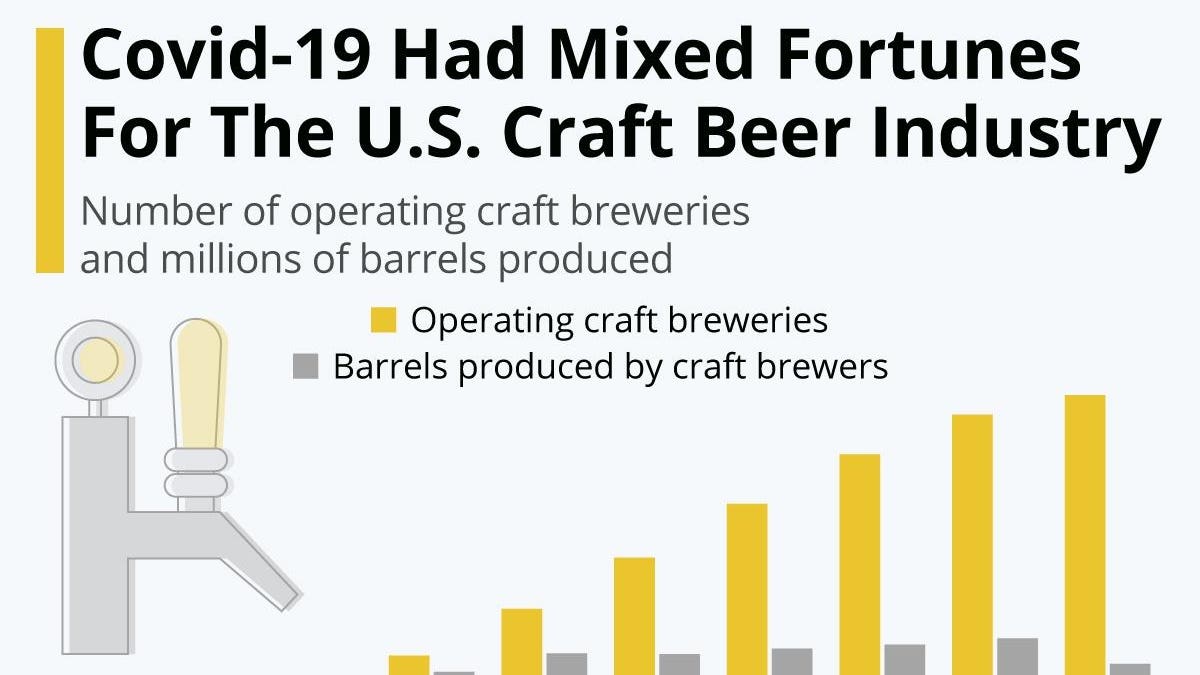 The Brewers Association has released its annual report on the craft brewing industry’s production for 2020, which shows the pandemic has had mixed fortunes for the U.S. craft beer industry. While production experienced its first decline in the modern era, the number of operating breweries still reached an all-time high. Last year, under very difficult circumstances, small independent brewers produced 23.1 million barrels of beer. This represents a drop of 9%, resulting in a drop in the share of crafts in the overall beer market from 13.6% to 12.3%. The overall beer market itself experienced a 3% contraction between 2019 and 2020.

Even though production declined, the number of craft breweries in operation continued to increase despite the impact of Covid-19, reaching an all-time high of 8,764 in 2020. This figure includes 1,854 microbreweries, 3,219 breweries, 3 471 breweries and 220 regional breweries. craft breweries. While conditions were extremely harsh for small-batch brewers who saw their draft sales evaporate, only 346 breweries closed while 716 new businesses opened. However, the lack of production has always had a noticeable impact on revenues, with the $ 22.6 billion reported last year being 22% lower than in 2019.

Noting the trends, Bart Watson, chief economist at the Brewers Association, said that “2020 has obviously been a difficult year for many small brewers, but also a year that has proven their resilient and entrepreneurial nature.” Watson added that “in a year where US barrel sales have fallen by more than 40%, small brewers have found new ways to connect with their customers and keep their businesses running.” . He also said that while small breweries are expected to remain under pressure until they can fully reopen, the rate of closure is similar to that of 2019, suggesting that most small breweries in America will survive the crisis at the future.