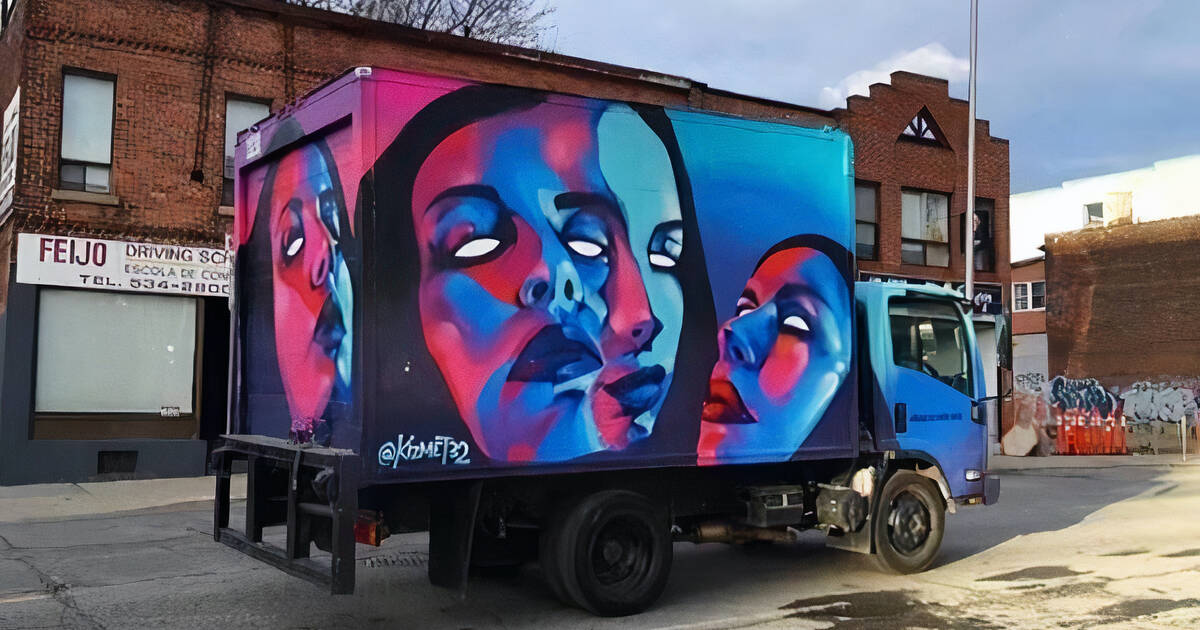 You might have seen these psychedelic trucks roaming the city, but you might not know they are actually owned by Henderson Brewing.

The brewery is located in the Junction Triangle on Sterling Road, a place where many graffiti artists once frequented, near the West Toronto Railpath.

Originally the trucks were just white, but with all the different graffiti and artist labels on them, they started to look ragged, Wener says.

Kizmet Gabriel, known by his artist name as “Kizmet”, grew up in the area and his murals can be found all around the Junction Triangle.

In 2018, Henderson Brewing took note of Kizmet, having seen his name branded atop the Tower Automotive Building, before it turned into a museum of contemporary art, right next to the brewery.

â€œWe figured if the trucks were already graffiti, why not showcase some local talent and create a mural out of them,â€ Wener said.

Henderson Brewing contacted Kizmet who had full creative freedom to create murals on several of the company’s delivery trucks.

The designs on all of the trucks feature a female face, sometimes singly, or in pairs of two or three, without pupils, and a mixture of spray-painted colors in between.

Kizmet told blogTO he referenced photos of friends and family to find the look of each face, saying he likes anything sci-fi, hence the theme of each design.

The truck murals were such a hit with the community that Henderson decided to feature a beer in honor of Kizmet, with one of his designs labeled on the bottle.

Since then, Henderson Brewing and Kizmet have said random people will send them photos or videos of trucks driving around the city, with some seen as far away as Hamilton, Ont.