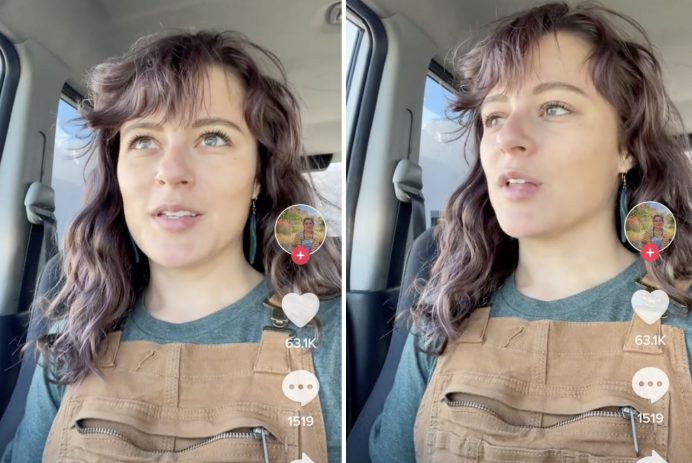 The brewing process from customer ‘mansplains’ to pro brewer: ‘Like I don’t know’

A waiter has had the last laugh on TikTok after a condescending customer walked into his restaurant.

Creator Dani Castleberry has a side gig as a waitress. When an obnoxious man tried to explain several menu items to her, Castleberry didn’t lose her temper. Instead, she got the better revenge by sharing the anecdote on TikTok.

Castleberry lamented that because she is a waitress, people think she is a stupid little girl. She said that recently a male customer came in and “explained” the beer menu to her.

“A guy came into my restaurant the other day and wasted no time explaining every beer on the menu to me. Like what it is, where it’s from like I don’t know,” said she declared.

He then explained the brewing process to her. He told her he used “diatomic earth” and “lacto-my-cell-um”. She let most of the obnoxious behavior pass. But when she corrected him and told him it was “lactobacillus”, he called her “sweetie” and told her not to quit her day job.

People in the comments might relate to Castleberry’s experience.

“Imagine a world where he asked questions, found out about your other work and learned interesting new facts instead of lecturing! I can imagine that,” one user said.

“I’ve had men TRYING to explain muscle physiology to me in the gym and they have no idea I’m an anatomy and physiology teacher,” one person wrote.

“Chemist here. I lost it on Diatomic Earth,” one TikToker replied.

“As a woman who worked in the beer industry, I felt that in my soul,” someone commented.

“Literally me being a barista and asking people to explain to me what certain coffee drinks are,” added another.

The post Brewing process ‘mansplains’ from customer to professional brewer: ‘Like I don’t know’ appeared first on In The Know.

More from In The Know:

Did you notice the pasta shirts in HBO’s “White Lotus”? It’s the New York-based brand behind the fun vacay look