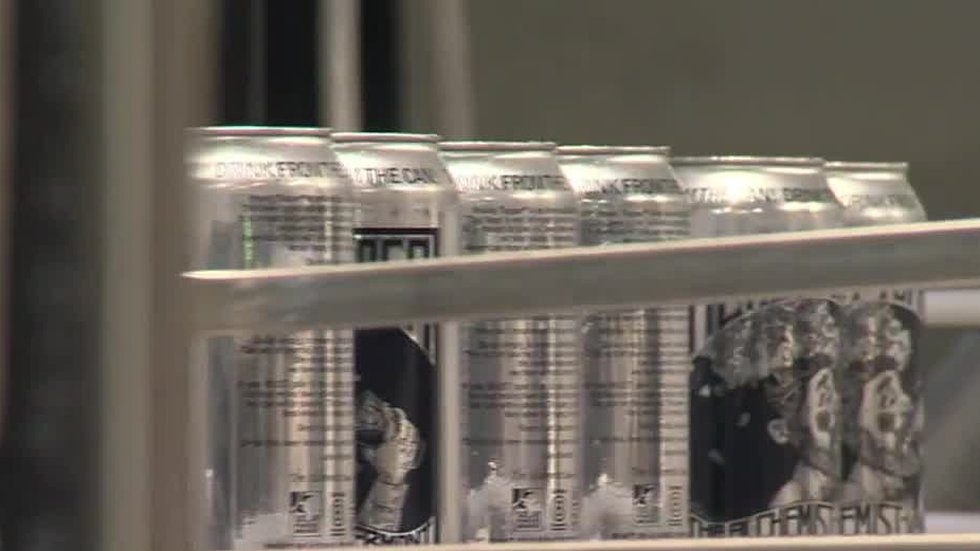 The Alchemist recycles carbon dioxide in the production of beer

STOWE, Vermont (WCAX) – A carbon dioxide recycling process is in place and operating at the Alchemist Brewery in Stowe and its goal is to help the planet.

â€œIt was something we were interested in when we were planning to build this facility,â€ said Joel Hartman, COO of The Alchemist.

Earthly Labs’ system captures carbon dioxide during fermentation, processes and cools it, then allows the brewery to use it in the packaging process.

Carbon dioxide is used for things like carbonating beer, purging the can with the liquid, and head pressure pushing beer from tanks into the package.

The Alchemist uses around 500 pounds of liquid CO2 per week, and this system creates excess of it, which means some still end up in the atmosphere.

But Hartman says any carbon dioxide they can keep from getting into the atmosphere is a good thing. â€œThe reality is that climate change is happening and it affects all regions of the world and by reducing our contribution to climate change we are securing a brighter future for our industry,â€ Hartman said.

The system costs around $ 120,000, so the system may pay for itself over time. â€œIt’s hardly any extra work for our process and for our brewers and it kind of just sticks around and does its job,â€ Hartman said.

They are also working on getting another system, the same one set up and launched at their Waterbury location.