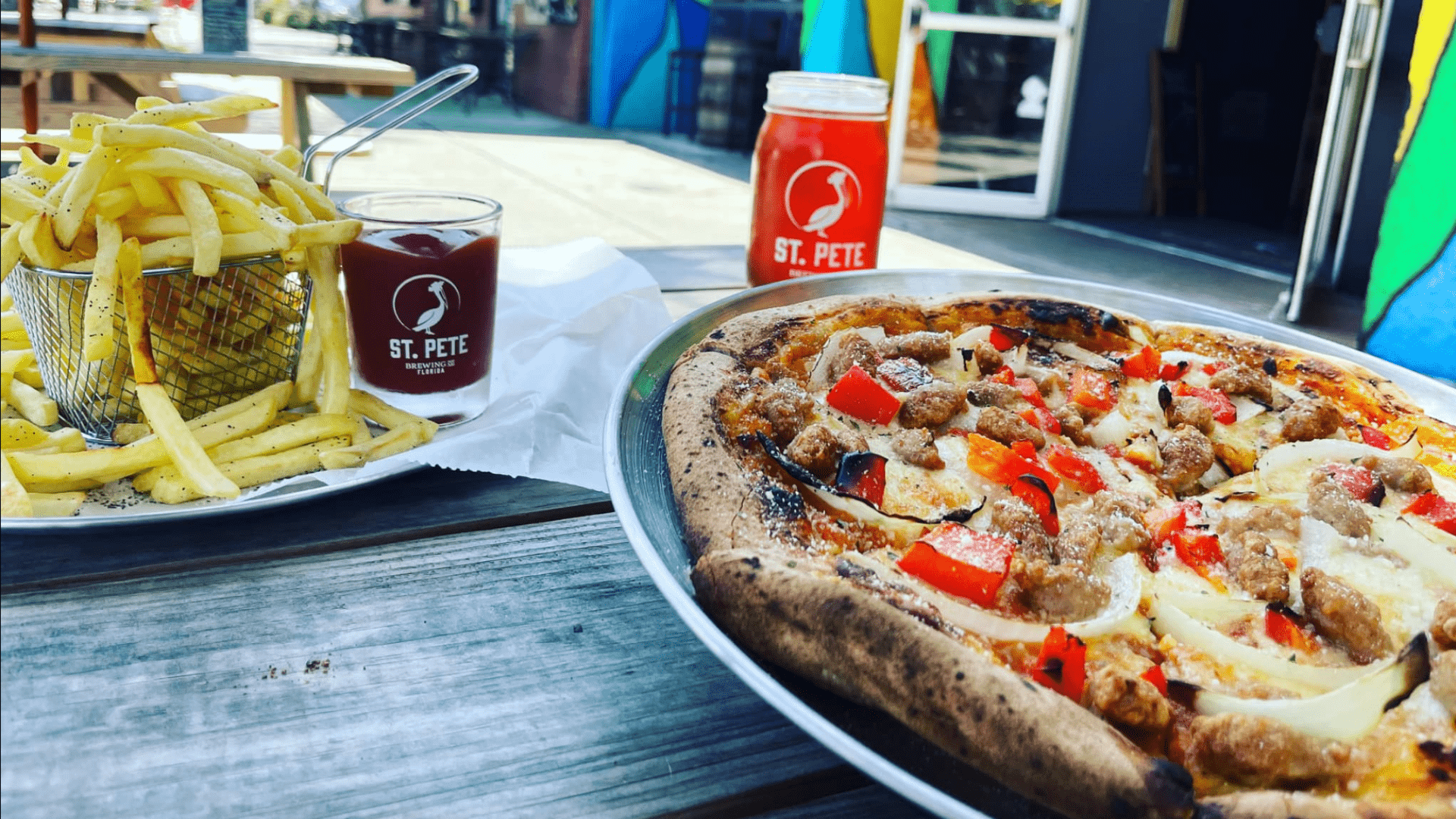 One of Tampa Bay’s most beloved craft breweries has quietly taken big steps forward. St. Pete Brewing Company, the downtown brewery named after Sunshine City itself, nearly doubled its tasting room footprint during a recent expansion, and in just weeks they finished construction. a full kitchen. The full menu was unveiled this week, giving even more reason to stick around for a good time.

The brewery has always been loved for its flavorful brews, and St. Pete Orange Wheat is one of the most popular local brews in town. Add games, outdoor seating, and a prime location, and it’s no surprise that St. Pete Brewing has become a favorite. The only “problems”, so to speak, were the small indoor seating area and the lack of a kitchen.

Now the brewery has launched solutions to both. St. Pete Brewing has expanded into the adjacent space next to the tasting room, creating a stellar lounge and events venue dubbed “The Nest.” Described as a creative space for creatives, The Nest showcases artists and hosts everything from live music and trivial parties to comedy shows and pop-up shops.

The new space, which seamlessly connects to the bar, almost doubles the number of seats available, with comfortable sofas and low chairs. This provides enough space to enjoy air conditioning and beer at the same time (we highly recommend the Infinity IPA when available).

To make things even tastier, the brewery used some of the extra space to build a full kitchen, and the full menu debuted this week after the soft. Options include buildable pizzas (“St. Pete’ Za”), meatballs, chicken wings (and tenderloins), pretzel bites, fish spread and piles of fries. There’s also a pair of Lolitas boards, with a huge charcuterie board and buffalo blue cheese dip.

St. Pete Brewing Company is located at 544 1st Avenue North and is open daily from noon to midnight.

What to read next: