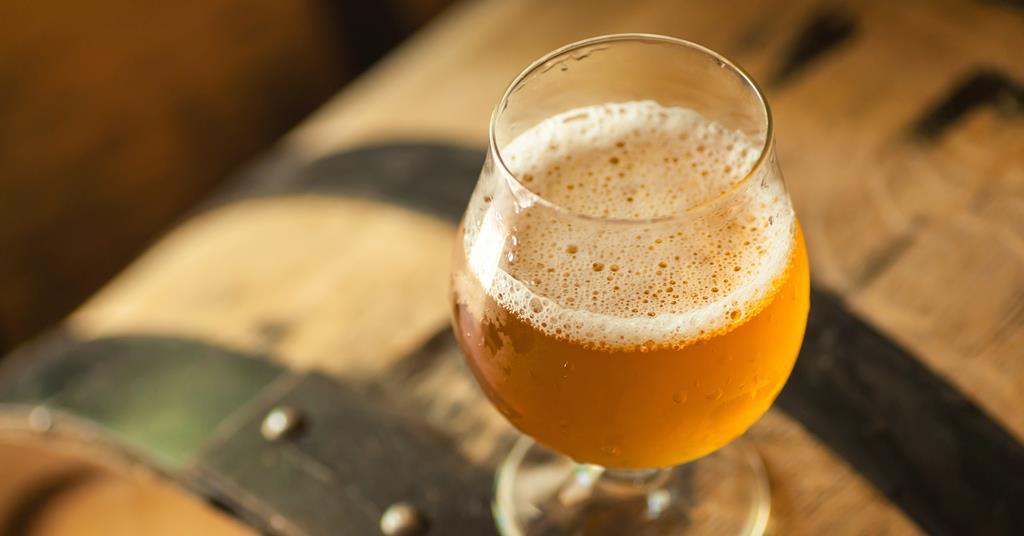 Sour beers are made through a unique yet opaque brewing process that has been used in Europe for centuries. Now, American chemists are using nuclear magnetic resonance (NMR) spectroscopy and liquid chromatography-mass spectrometry (LC-MS) to elucidate the chemistry going on when brewing sour beer.

The research, which aims to enable sour beer makers to produce a better, more predictable product by shedding light on beverage flavor modifiers and their likely sources, was co-led by a husband-and-wife team from the University. of Redlands. Teresa longin and David soulsby presented their work to American Chemical Society Fall 2020 Virtual Meeting. While previous research has looked at the components of finished sour beers, their study is unique because they worked with samples of in-process beer from many different batches.

Sour beers start out the same way any beer does – a brewer boils grains like wheat and barley to release sugars. When making regular beer, brewers usually choose a strain of yeast and work hard to keep other microbes out because they want a particular flavor profile, but the process is quite different for sour beers.

‘The sour beer brewer just throws all kinds of creatures, and some of them like Brettanomyces are known to produce particular flavors, but sometimes these brewers don’t quite know what went into their beer, â€Longin said. Often times, they just leave the beer open to the environment so that the wild yeast and bacteria fall in and ferment.

Freshly brewed sour beer is often transferred to wooden barrels where it matures for several months, or even up to three years. As they age in barrels, microbes produce many metabolic products, including ethanol, acids, and esters, which contribute to their distinctive tart taste.

This is because the wooden barrels themselves infuse traces of components like vanillin and catechin, imparting flavors reminiscent of things like vanilla, grass, and leather.

While these barrels are generally considered pristine environments in which beer, wine, and other spirits can age, they are full of potentially confusing crevices and nooks and crannies. Even though brewers steam clean these barrels and sometimes use sulfur to kill the organisms that thrive inside, unforeseen chemistry still occurs.

â€œThings are hiding, and so once you add this nutrient-rich source, those things come out of the wood and then start to individually affect the flavor profile,â€ Soldsby explained.

Longin and Soulsby have teamed up with Brian Doty, the head brewer of nearby Sour Cellars. Doty began collecting samples from different batches of his barrel-aged sour ale every two to four weeks for about a year. He provided researchers with about 15 samples per batch, and each batch came from a particular barrel.

After analyzing the samples using NMR and LC-MS instruments, the team determined which compounds were present in beer and how the concentrations of those compounds changed over time. NMR allowed them to easily track abundantly acidic and flavorful molecules like acetic acid, lactic acid, and succinic acid, while LC-MS captured more unusual compounds that contribute more subtly to flavor.

NMR data revealed that ethanol, lactic acid, acetic acid, and succinic acid all had delays in onset. â€œEthanol usually starts immediately because the Saccharomyces the yeast is introduced into the fermentation and this turns those sugars into ethanol, but even then there is sometimes a delay of about two months before the ethanol really starts to take off, â€Soulsby recalled.

Using LC-MS, researchers identified a number of compounds in beer, most of which are high in nitrogen. For example, they found hordatins, which are known to come from barley and have antifungal properties, as well as the amino acid tryptophan and a compound that is the product of the reaction of tryptophan with acetaldehyde, which comes from ethanol.

While hordatin levels have remained fairly constant, overall tryptophan has declined over time. Some of the trace compounds started at high concentrations and then wore off, and the researchers felt that they may have been sugars consumed by yeasts and bacteria. Other compounds have developed over time, and scientists have proposed that they are additional organic acids, phenolics, or vanillin.

The researchers plan to dig deeper into their data to determine whether Doty could have put hops in the beer that could have interacted with the bacteria and possibly alter some of their processes.

Mater designs a stool in spent grain from beer production