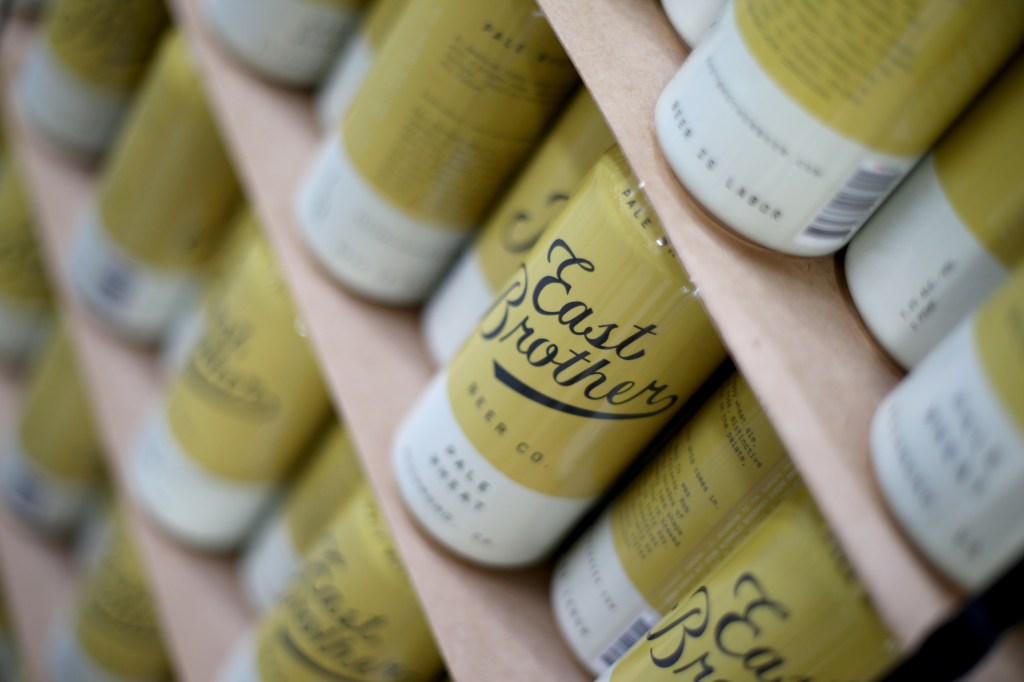 Local brewers are scrambling to find enough cans to package and sell their beer, thanks to another economic impact from the coronavirus pandemic.

“We’ve been in scramble mode since May,” says Rob Lightner, owner of East Brother Beer in Point Richmond. Here, orders for aluminum cans have been delayed by a supply shortage, and East Brother is just one of thousands of breweries feeling the pinch.

“Everyone is affected,” says Lightner, of Mill Valley. “Over the past three to four months, we have experienced multiple instances of delays, shortages, changes in agreed terms. It’s a nightmare.”

Indian Valley Brewing Co. in Novato nearly ran out of cans in May, said co-founder Matt Tachis, and nearby Adobe Creek Brewing faced similar challenges. Owner and brewer Jonathan MacDonald says he had to order cans from St. Paul, Minnesota, after a local supplier in Sacramento ran out. This meant a high shipping cost.

Already, health-related restrictions on food and beverage service in the age of COVID-19 have been difficult for breweries. The new stay-at-home trends of many former customers have also resulted in fewer people ordering drinks at breweries that remain open for on-site service.

Now the can shortage is hitting home – the result of changes in how and where people drink beer. Before the onset of the coronavirus pandemic, many breweries were kegging almost all of their beer and serving it on-site at their own breweries, or sending the kegs to restaurants and drinking places.

But in late spring, as we all remember, bars and restaurants closed as the coronavirus crisis escalated. This meant that huge volumes of beer – and sodas and other beverages, for that matter – originally destined for kegs suddenly had no market for consumption.

So brewers across the country bottled and canned this beer instead, which created huge supply problems, especially for cans, which overtook glass bottles as the preferred type of packaging. . A mid-summer blog post by the Brewers Association reported that among breweries, “even large companies are seeing shortage issues that lead to stock-outs.”

For small breweries, the shortage of canning equipment could be devastating.

“Smaller brewers are the most likely to have their orders delayed or canceled, just as manufacturers can be more efficient when they don’t have to change printing plates as often,” the blog explains. “A company that orders a half load or a full load may be given lower priority.”

At East Brother, Lightner says his supplier recently began requiring breweries to order at least a full truckload of cans, about double what Lightner would prefer to order and receive in one go. A truck load, he says, equals around 150,000 cans – too big a purchase size, but too many cans is a good problem for a brewery today.

“Cans are our lifeline now,” says Lightner, referring to the loss of indoor beer sales.

At Anderson Valley Brewing Co in Boonville, owner Kevin McGee says the “can situation is definitely a problem” causing logistical headaches, but it hasn’t affected or limited beer production yet. He says cans are still arriving at the brewery but deliveries have become less reliable and regular, thanks to increased demand from can makers.

“We have made some adjustments to how we forecast can requirements and production and packaging planning here at the brewery and have alleviated the chaos somewhat,” he wrote in an email. mail.

Tachis in Indian Valley says the wait time for can orders has doubled. Three to four weeks from order to delivery, he said, was typical.

“I think our last order took over eight weeks,” he says.

According to the Brewers Association, manufacturers do not expect to increase can production until late 2021, and they call the shortage a “medium to long-term problem”.

Until then, the problems will persist.

Alastair Bland’s Through the Hopvine airs weekly on Zest. Contact him at [email protected]

Mater designs a stool in spent grain from beer production