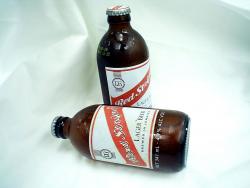 Red Stripe Jamaica plans to bring production of its beer for sale in the US market back to Kingston.

This will mean the end of a third-party brewing contract with City Brewing in Pennsylvania, which began in 2012.

The local brewer’s new chief executive, Ricardo Nuncio, is due to provide details of the move at a press conference this morning, accompanied by finance minister Dr Peter Phillips.

The company wouldn’t hint at the specifics of today’s announcement, but the Finance Minister’s presence could talk about the employment tax credit – a provision of new tax legislation that allows companies to cut income tax payable by up to 30% through measures that lead to more jobs – which Red Stripe stands to benefit from.

The government is unlikely to grant the brewer any tax relief under Section 86 of the Income Tax Act, which Red Stripe received between 2002 and 2006. Then the tax relief of 2, $2 billion over five years has been awarded to the brewer ashore the company’s export drive.

It therefore migrated much of its production to the United States in 2012, and its operating profit soared to $8.9 million the following year. It fell to US$7.5 million in 2014 due to reduced beer consumption during the extended winter season and delisting at major US supermarket chains, as well as pubs. in Great Britain. Full year volumes were slightly lower in the United States in 2015, while volumes were similar to prior year levels in the United Kingdom (UK), but operating profit was 8.7 million US dollars.

Either way, the latest initiative will result in increased local employment.

When the Spanish Town Road brewer moved production of up to 3.5 million cases (around 280,000 hectolitres) of beer to the North American market in 2012, it cut more than 70 jobs.

Red Stripe currently employs around 500 people and produces one million hectoliters a year in the country, according to calculations by Wednesday Business. The company said it saved 200 million liters of water in 2013 when it reduced the amount of water used in the brewing process from 12 liters per liter of beer produced to less than 10 litres.

The repatriation of beer production will likely result from Heineken’s takeover of the local brewer and Red Stripe’s licenses in the United States, Canada and the United Kingdom from Diageo. It also became the licensee for Dragon Stout and Malta in the UK.

Diageo ended its long-standing third-party brewing deal with Charles Wells in the UK in mid-2014 and brought production back in-house, which is likely what Heineken plans to do there. The Dutch brewer has no production facilities in the United States.