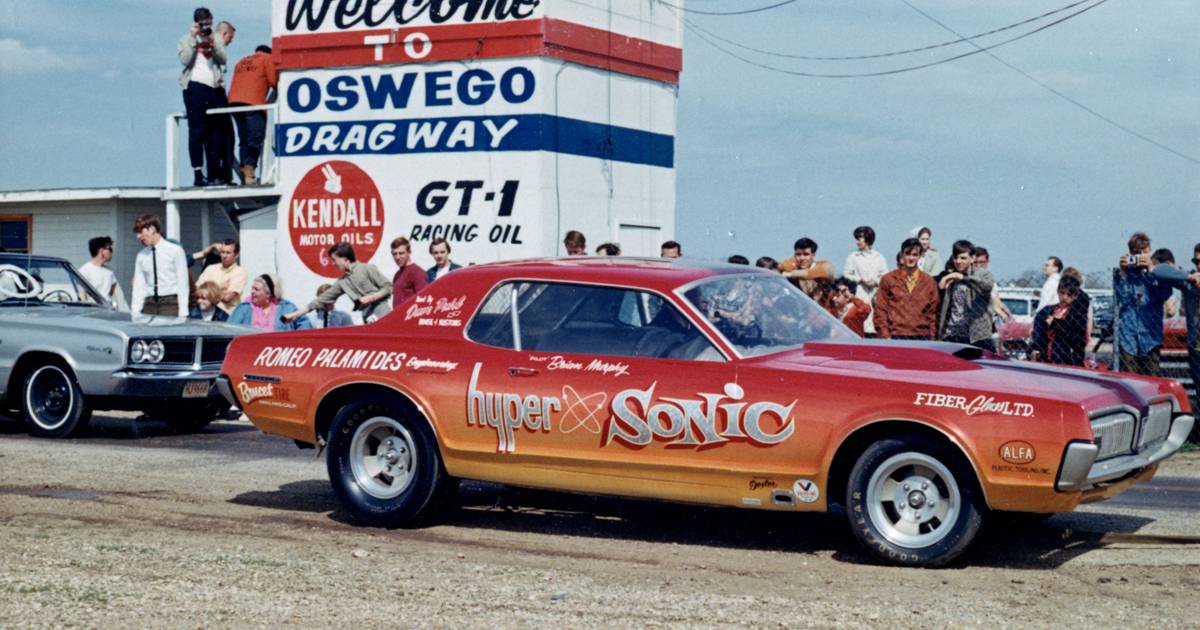 When Dan and Wally Smith, two young Oswego-area farmers, opened the Oswego Drag Strip for its first season in 1955, Oswego residents weren’t sure what to make of it. The Smiths had staked the quarter-mile strip on their family farm on Highway 34 a few miles west of the Highway 34 bridge.

Beginning its first year as a strip of dirt, the Smiths covered it in time for the opening of the 1956 racing season. Within weeks, the circuit was attracting thousands of drag racing enthusiasts from all over the world. Midwest every Sunday from spring through fall to the heart of Oswego, far exceeding the total village population. In September, the Oswego Drag Raceway hosted the Chicago area’s first championship drag racing event. For years to come, “The Strip” will draw large crowds to see some of the country’s most famous drag racers and their dragsters until it closes in 1979.

If you’re a fan of the old drag strip, love the automotive tradition from the 1950s to the 1970s, remember those “Sundays!” Sunday! Sunday!” radio commercials, or if you just want to learn more about this fascinating part of 20th century Oswego history, be sure to join the staff at the Little White School Museum at the Oswego Brewing Company, 61 Main St in the historic downtown village on Thursday, August 11. 6:30-7:30 p.m., when attendees will enjoy discussing some of the fastest cars, most interesting events, and most daring drivers. who competed on the circuit.

Pre-registration, which is required, is $15 for Oswegoland Park District residents and $20 for non-residents. Admission for those 21 and over includes a beer ticket to enjoy during the conference.

The Oswego Brewing Company is located on the lower level of the former Oswego Fire Hall No. 1, in the middle of the village’s downtown business district.

Space is limited for what will prove to be a popular event, so get your tickets now before they sell out.

To register, call the Oswegoland Park District at 630-554-1010 or visit oswegolandparkdistrict.org/.

A robust ranking of Emma Chamberlain’s best coffee products, from someone who’s tried them all