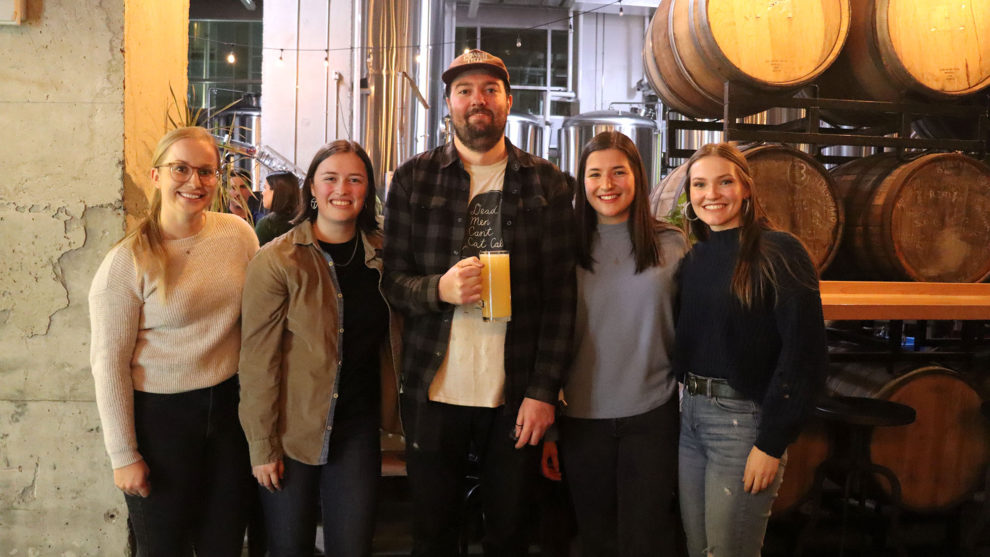 The Daigle team plays curling on a beer budget.

After forming their rink at 2 Crows Brewing Co. earlier this year, they partnered with the brewery to create a special beer, all of the proceeds of which will go to the team.

Emma Logan, who heads curling for the quartet, said all expenses must be paid for by the team. This is why fundraising is so important to them.

“This could cover the cost of hosting these (tournaments) and being on the road together as well as our equipment and curling club membership fees,” Logan said.

This is the first year that the four women will play together as part of a team. Logan said the brewery had special meaning for them.

Logan said the team contacted the brewery with the idea of ​​collaborating on a fundraiser. Operations director Eric Daponte said he met the team to discuss the idea.

“Being a small business, we couldn’t necessarily write them a check,” Daponte said.

Daponte said he and the team decided to sell tickets as a fundraiser, where each buyer received a beer with their purchase. They finally decided to brew 100 liters of an exclusive beer that was only served on Thursday, the night of their fundraiser.

Logan said the beer is based on the team’s favorite beer at 2 Crows called the Jamboree. Logan said this influenced the team to create their beer, the Come Around, as a tribute to a curling movement in which one team’s rock went around the opponent’s guard rock.

Logan joked that curling is a “drinkable sport”.

“We often see that curlers get together after their games to share a beer with each other. And so yes, we thought the name was a perfect fit for the sport and the event.

The brewery’s Facebook describes the beer as “a tropical, juicy lager.”

An idea of ​​history? Let us know