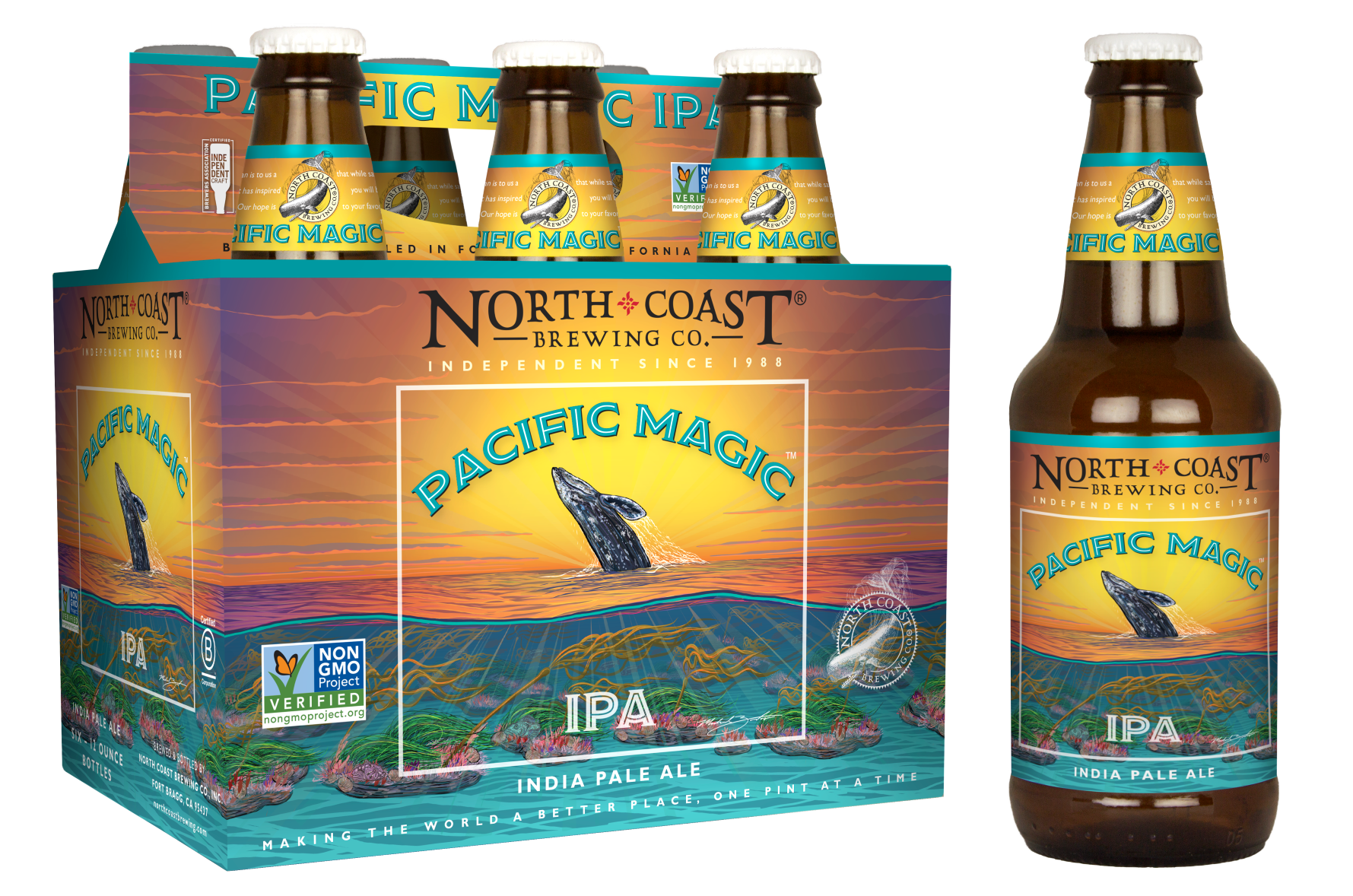 Developed in conjunction with NCBC’s field crews, the brewmasters have experimented with a host of modern hop varieties and hopping regimes to bring you their latest take on an American IPA.

In the spirit of reaching for a chilled bottle or a chilled pint at the end of a day spent traveling the rugged Pacific coast, the goal is total satisfaction: refreshment without sacrificing complex flavor.

“We are delighted to present our latest India Pale Ale to the world. The flavors will awaken your taste buds and leave you wanting more. West Coast IPA fans will not be disappointed. – Jennifer Owen, CEO/CFO.

Tasting notes: Golden straw color with a dense and thick foam. Very aromatic from high doses of dry hops lending to tropical fruit flavors reminiscent of mango, papaya and pineapple. The flavor mirrors the tropical nose while adding citrus and berry notes. It ends with a clean, crisp finish that invites another sip.

“One of our team members collected his art, and when we reached out to Michael to see if he would be interested in working on our next label, he was thrilled to be a part of Pacific Magic IPA history” – Marty Compton, vice president of sales and marketing.

About the North Coast Brewing Company

NCBC’s mission: “Making the world a better place, one pint at a time”