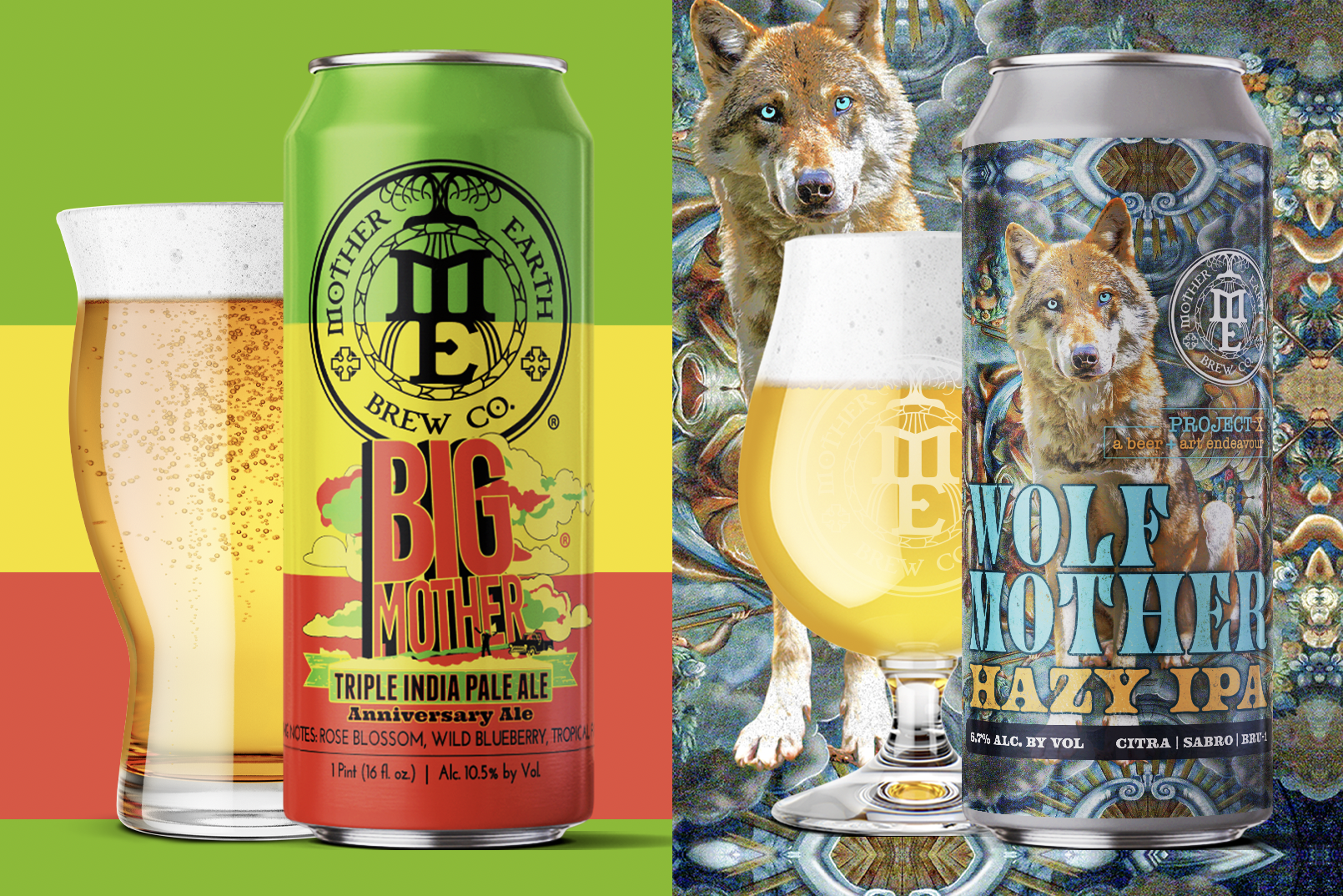 
Vista, CA and Nampa, ID – Mother Earth picked up speed in the first quarter of the year and is poised to hit its stride this week with the release of two back-to-back infusions – one new and one familiar. The launch of the former, Wolf Mother, comes just a week before the release of Mother Earth’s Anniversary Ale, Big Mother.

The naming convention, however, is all that the carnivorous cousin of the Triple IPA has in common with its annual release. Wolf Mother, the latest in the brewery’s Project X series, favors drinkability and a murky New England-style appearance as opposed to the indulgent, boozy strain the brewery has become known for every May since its inception.

Tasting notes also vary greatly between the two. Big Mother arrives with a double hit of hops and tropical fruits. Triple-digit IBUs are balanced with a touch of Vienna malt to tame the beast at 10.5%, with a dry finish. Wolf Mother, meanwhile, features a fluorescent yellow hue with bright hop notes of lemon peel and pineapple, and a clean, smooth finish at just 6.8%.

“We usually like to leave Big Mo to his own devices at this time of year, but with Project X falling within the same release window, we decided to brew a beer that would really compliment him while being enjoyed on his their own merits. They really are two very different beers, but both exceptional in their own right. Of course, playing around with BRU-1 was one of the highlights. The pineapple and stone fruit are really up front- keep these beers.

Wolf Mother Hazy IPA was released this week in nearly every major Mother Earth market. Look for Big Mother Triple IPA to track the first week of May. Customers will be able to use the brewery’s interactive beer finder to locate the two brews closest to them on findmotherearthbrewing.com or during the Mother Earth’s Birthday Weekend Celebration, which will take place in the two taprooms in Idaho on the weekend of May 4. Additional details about the event can be found on the brewery’s social media accounts or blog.