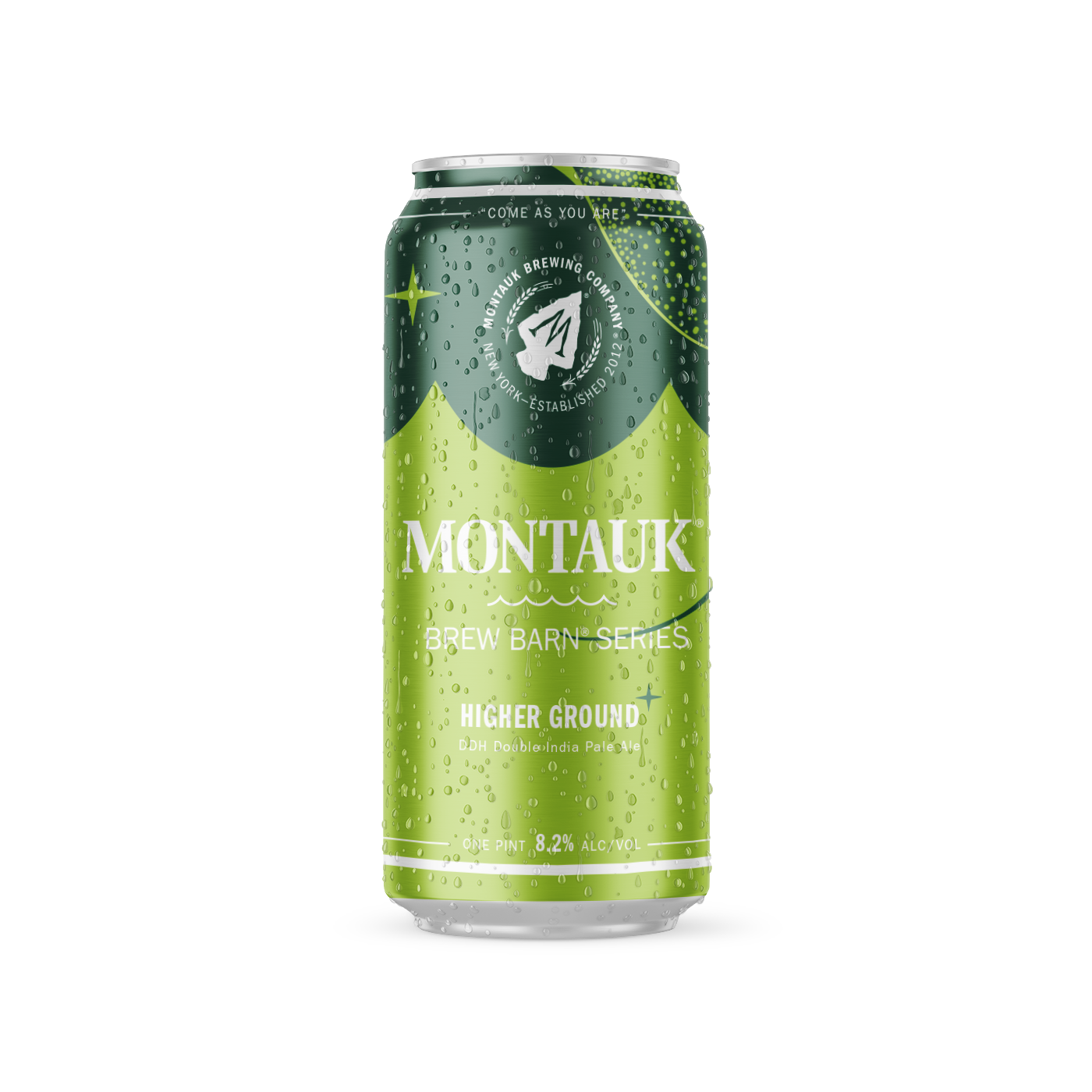 
MONTAUK, New York – After the successful first release of the Brew Barn series of the year called DEEP VIBES Imperial IPA, Montauk heads to HIGHER GROUND with release number two. This limited release beer was brewed with Citra and Cashmere hops and registers at 8.2% ABV. HIGHER GROUND is double dry hopped and bursting with tropical aromas and juicy fruit flavors. Available exclusively at the Brew Barn in Montauk in late March, HIGHER GROUND has a light straw color with minimal bitterness and good drinkability. The Brew Barn series will push the boundaries of innovation while testing recipes that could be released on a larger scale in the future.

What began in 2012 as a basement brewing operation among lifelong friends, Montauk Brewing Company has grown to embody the spirit of the city. We delivered our first hand-filled kegs on bikes to a few local bars. Although we have a sense of adventure and an active lifestyle, we are equally passionate about the simple pleasures in life. All our beers honor this lifestyle. We invite you to come as you are and celebrate the no-frills good life with us at New York’s most easterly brewery. The Red Brewing Barn is located at 62 South Erie Avenue in downtown Montauk, steps from the waves – where it belongs.

NEXE will be exhibiting at Natural Products Expo West in Anaheim March 8-12, 2022

Student Loans: Jobs That Will Get You Loan Forgiveness