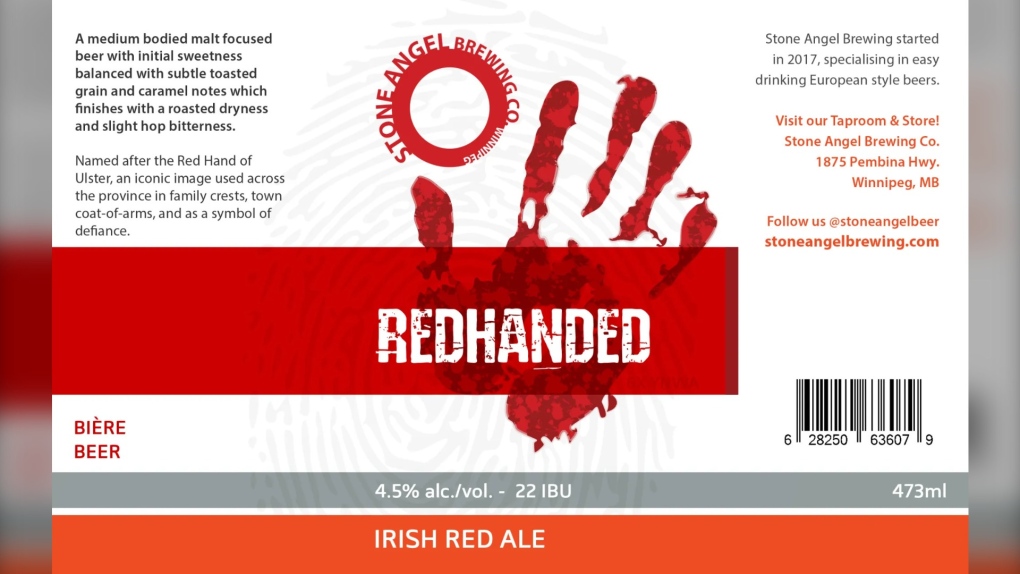 Stone Angel Brewing changes the design of one of its cans.

The company announced on its website that it was going to change the design of Redhanded Irish Red Ale.

The design had a stylized red hand on it.

“With two-thirds of our ownership group being proudly of direct Irish descent and/or birth, this symbol has been specifically chosen to evoke the culturally significant and centuries-old Ulster Red Hand,” said Paul McMullan, Chairman and chief operating officer, in a statement on the company’s website.

“In recent years, for many members of the Indigenous community in Canada, a red hand symbol very similar to the one we use has become an increasingly important symbolic representation of the violence that affects Indigenous women across Canada. “, did he declare.

McMullan said that while the company used the hand to celebrate Irish culture, it understood it could be seen as hurtful or disrespectful to others.

“Out of respect for the MMIWG in particular, we are rethinking our labels and the marketing of this product,” he said.

McMullan said they will not be packaging new cans using this design, and all future cans will have a different name and design.

He noted that a new design might take a while and people might still see the old label in stores due to recent shipping.

“Thank you for your patience and understanding as we empty our existing stock of cans using the current design. However, in support and solidarity with MMIWG, Stone Angel will be donating a portion of the profits from the sales of these final cans. “red tag” shipped from September 1, 2022 to the Native Women’s Healing Center.