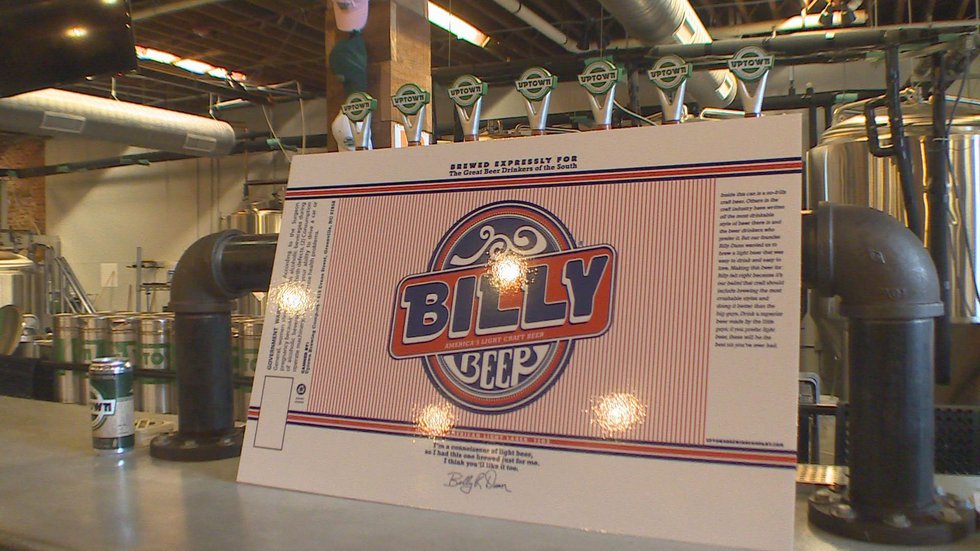 Inauguration of the “Billy Beer” production plant in Greene County

Distributing a local light craft beer is one step closer to reality here in East Carolina.

Billy Beer started out as a pet project for the brewmaster who wanted to make something his boss would enjoy. The name and design are plays on the 1970s Billy Beer that was promoted by President Jimmy Carter’s brother, Billy.

A local craft brewery is bringing light craft beer to East Carolina in a big way.

“It’s a light, crushable, low calorie, low carb product, naturally…we don’t filter it, pasteurize it or remove anything,” Self said.

“Billy Beer” started out as a pet project for the BrewMaster, who wanted to do something his boss would enjoy. The name and design are plays on the 1970s “Billy Beer”, which was promoted by President Jimmy Carter’s brother, Billy. The founder of the Uptown Brewing Company in Greenville is Billy Dunn.

“That’s what he likes to drink, you know, these easy-to-mash macro lagers, and I was like ‘if he pays for all this, I have to be able to make something he can enjoy and so I’m going out redesigned some of those Bud Light, Miller Lite type recipes,” Self said.

Self-produced the beer for Dunn and others behind the scenes at Uptown Brewing, but quickly gained popularity.

Self’s goal is to can Billy Beer on site by September 1. He thinks he will have 8-10 full-time employees at the start with plans to increase production by the end of the second year when he expects to have over 20 full-time jobs.