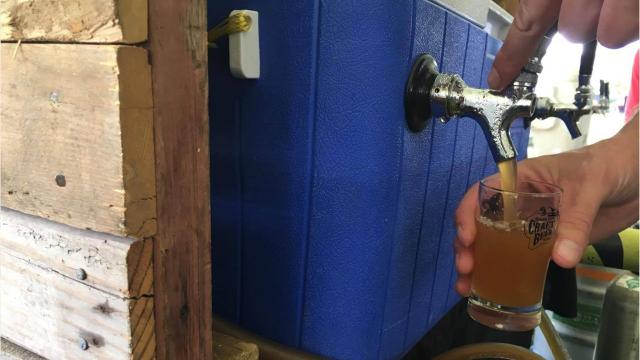 BEACON – Armed with a pitcher of his Bannerman’s Ale, Duncans Abbey owner Justin DiNino approached other brewers at the craft beer festival and advertised himself as “the beer ambassador” with samples at to share.

He ended up pouring the strong Belgian â€œwild yeastâ€ beer into the glass belonging to Mike O’Herron, the 31-year-old owner of Two Way Brewing in Beacon. O’Herron, who takes yeast from black raspberries grown on a farm in Newburgh, was curious about this particular strain, and DiNino was happy to explain it.

There are three other basic ingredients used in beer – malt, hops, and water – but yeast often gives it its flavor and can be produced in a variety of ways.

CIDERIES: 5 cider houses to visit to celebrate the apple season

DiNino said the brewery simply places its barrels of beer along the Hudson River in Tarrytown and waits for the yeast in the air to attach to the product and start to eat away at the sugar.

â€œI do this once in the spring, once in the fall; understand what yeast does; ferment to make a full beer; throw out about half of it because it’s horrible; and then realize there’s about half of it that’s really, really good, â€he said. “The one I just served here had a really cool cherry flavor coming out of (the yeast).”

It was okay to ask questions at the fifth annual Hudson Valley Craft Beer Festival, held on Saturday at Beacon’s Riverfront Park, which was attended by representatives from over 100 breweries offering samples of over 240 varieties of craft beers.

Event organizer Anthony Verano said there were around 3,700 people at the festival, an estimate based on ticket sales. White tents filled the park along the Hudson River, and people walked from station to station with their glasses ready.

â€œIt’s a great location, on a small peninsula right on the Hudson River, right next to Beacon Station,â€ he said. “We have a lot of brewery performances, so (attendees) can try a lot of things that they don’t normally get a chance to try.”

Verano said the event grows bigger every year, drawing local residents as well as people from New York by train to Beacon Station.

Nick Capers, 31, from Mamaroneck, Westchester County, came to the event on Saturday with his girlfriend, Alyson Tsang, 25.

He tried a Zero Gravity Craft Brewing â€œConeheadâ€ IPA and immediately said he liked the bitter taste of citrus.

He already knows what types of beer he likes, with a lot of experience including two previous trips to this Beacon event, but wanted to help his girlfriend on her first craft beer party.

â€œWe’re going to find out what she likes,â€ Capers said with a laugh.

â€œThis is the perfect place to do it,â€ Tsang added.