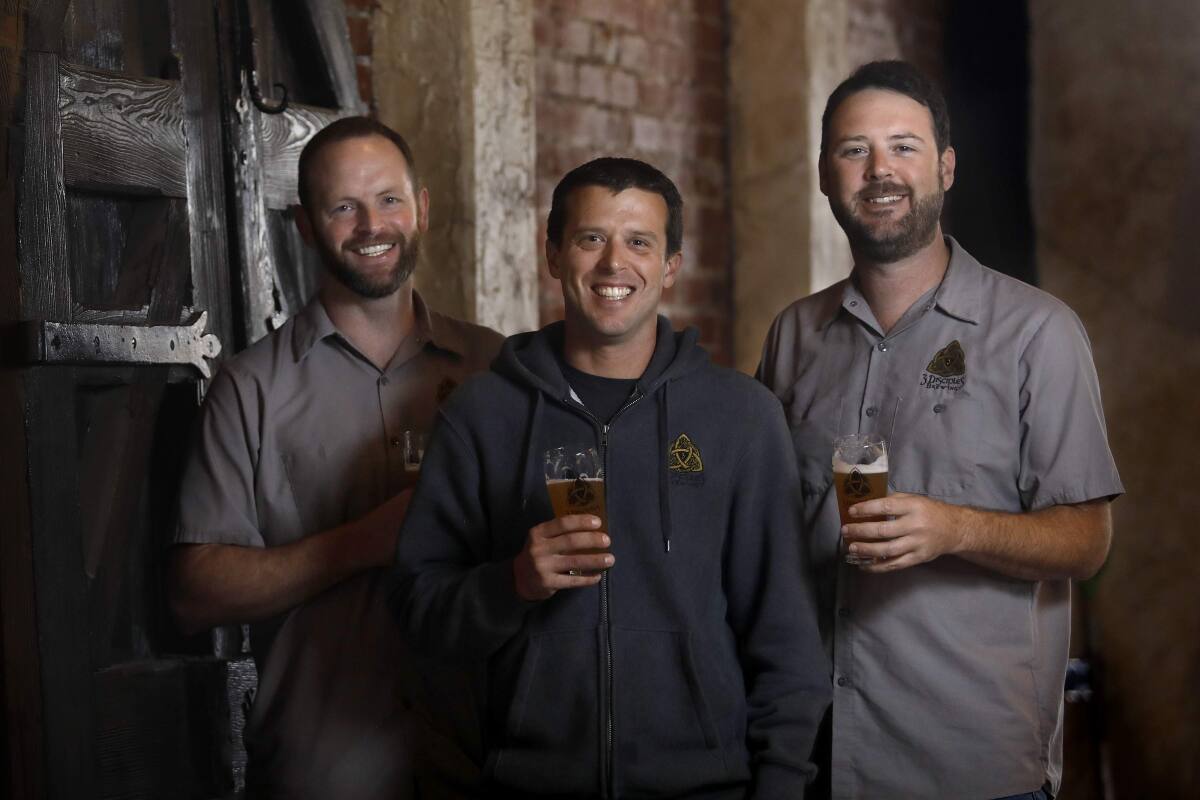 The heyday of the craft beer industry has given way to slower growth as smaller, independent brewers face stiffer competition on retail shelves, particularly from the “Big Beer”.

The news Thursday at the fourth annual California Craft Beer Summit in Sacramento wasn’t so bad, though. The United States is expected to reach an all-time high of around 7,000 breweries – the vast majority of which are small brewers – by the end of the year and the craft sector is poised to ramp up production 5% from 2017, said Bart Watson, chief economist. for the Brewers Association, the trade group representing independent and craft breweries nationwide.

Still, the mood inside the Sacramento Convention Center was more subdued than in previous years for an industry that posted 18% annual output growth as recently as 2014. Industry officials had admitted that the robust level of growth would be unsustainable in the long term for the US’s $26 billion-a-year craft beer sector.

However, the weaker growth numbers this year also coincided with high-profile setbacks, including San Diego’s Green Flash Brewing Co. narrowed its national distribution ambition to a few western states due to financial difficulties that forced the sale of the business.

“It’s a slower growth rate. It’s a changing growth rate from what we’ve seen. The old order is upset. This is the order we thought was in place five years ago,” Watson said.

The slowdown in craft beer comes as large wholesalers have consolidated to gain greater market share, making it much more difficult for smaller brewers to secure local, regional and national retail distribution deals. Additionally, the two largest US brewers – Anheuser-Busch Cos. and MillerCoors – have acquired around 20 small craft brewers in recent years.

“There are a lot of clouds on the horizon,” said Joe Whitney, business manager of Sierra Nevada Brewing Co. of Chico. The family business is the third largest craft brewery in the country. “You don’t have to look too far to see what caused this.”

Still, Sonoma County has a thriving craft beer business with around 30 breweries. By comparison, there are 467 wineries in unincorporated areas of Sonoma County. While the region is known for its wine tourism, beer tourism is gradually catching up. For example, 400,000 people visited Russian River Brewing Co.’s downtown Santa Rosa bar last year, even with the October wildfires. And this bar is one of the main tourist destinations in the county.

Despite the headwinds, more craft beer industry expansion activities are planned for the fall in the county to specifically capitalize on beer tourism.

“The brewery tour has become a great deal,” Watson said. “That probably provides the majority of the dollars for a few people in this room.”

Russian River will open its $30 million+ brewery and restaurant in Windsor and Santa Rosa’s Seismic Brewing Co. will open its first bar in Sebastopol. Another entry will be 3 Disciples Brewing Co., which is set to open a bar just north of the Old Courthouse Reunited Square by November.

“I have people calling late at night asking where they can find our beers,” James Claus, co-founder and brewmaster of 3 Disciples, said in a phone interview.

The brewery now has a small production facility in Sevastopol and its beers are only available on tap in a few local restaurants and pubs. The bar in Santa Rosa should have 12 beers on tap with at least half of the selection rotating and including sour beers and Belgian style ales. The plan is to eventually add a catering service.

The local craft brewing business is much more competitive than it was four years ago, Claus said, when he and his partners began planning the brewery. The self-funded 3 Disciples have been able to generate good word-of-mouth among local craft beer enthusiasts, making it less risky to open the bar rather than being a new entrant, he said.

“We probably wouldn’t jump into the game now given the number of breweries there,” Claus added.

Brian Hunt, founder of Moonlight Brewing Co. in Santa Rosa, said the industry is ending its phase of “irrational exuberance” – borrowing a phrase that former Federal Reserve Board Chairman Alan Greenspan , used to describe the dotcom bubble of the late 1990s.

Hunt sold half his Moonlight stake to Petaluma’s Lagunitas Brewing Co. in 2016 to help secure his future because his children don’t want to run the business. Lagunitas is owned by international brewer Heineken International.

The boom of beer production in Serbia