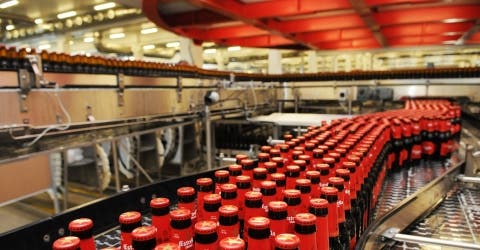 BEER production at Barcelona’s Damm brewery was shut down earlier this week after cyber hackers broke into the company’s network.

Damm is Spain’s second-biggest beer maker, production at its main brewery just outside Barcelona was halted after a cyberattack hit its IT systems earlier this week, a spokesperson said Friday, November 12. The cyberattack hit the brewery on Tuesday evening, November 9, and for at least a few hours the factory in El Prat de Llobregat, which produces the staggering figure of 7 million hectoliters of beer a year, was “entirely paralyzed,” said Damm communications manager Olga Vidal, adding:

“IT services have allowed a partial resumption of production and we expect to be running at 100% in the next few hours,” she said.

She declined to say whether the hackers demanded a ransom from the company or whether the maker of Estrella Damm beer paid anything to the attackers. Vidal also did not confirm whether the company informed the police – local police also declined to comment. Damm bottles several other brands of beer in addition to its iconic Estrella Damm. Vidal said the company honored all deliveries to bars, restaurants and supermarkets with sufficient stocks.

A European Union report released in October found that the COVID-19 pandemic and increased work from home have created opportunities for cybercriminals to thrive and led to a proliferation of so-called hackers for hire. Last month, the University of Barcelona was hit by a ransomware attack, while earlier this year hackers disabled several services of the Spanish employment agency.

A brief history of Damm beer

In 1872, the Alsatian August Künzmann Damm emigrated with his wife to Spain and founded his own brewery in 1876 in Barcelona. He created a very light beer, adapted to the Mediterranean climate and gastronomy. The popularity soon spread to all of Spain. Today, Estrella Damm is the best-known Spanish beer brand.

Estrella Damm’s latest beer creation is the Inedit brand, which was developed in collaboration with star chefs and wine experts. Inedit, made from barley and wheat malt, is refined with spices such as orange peel, liquorice and coriander. It was created for high-end gastronomy and is drunk in white wine glasses.