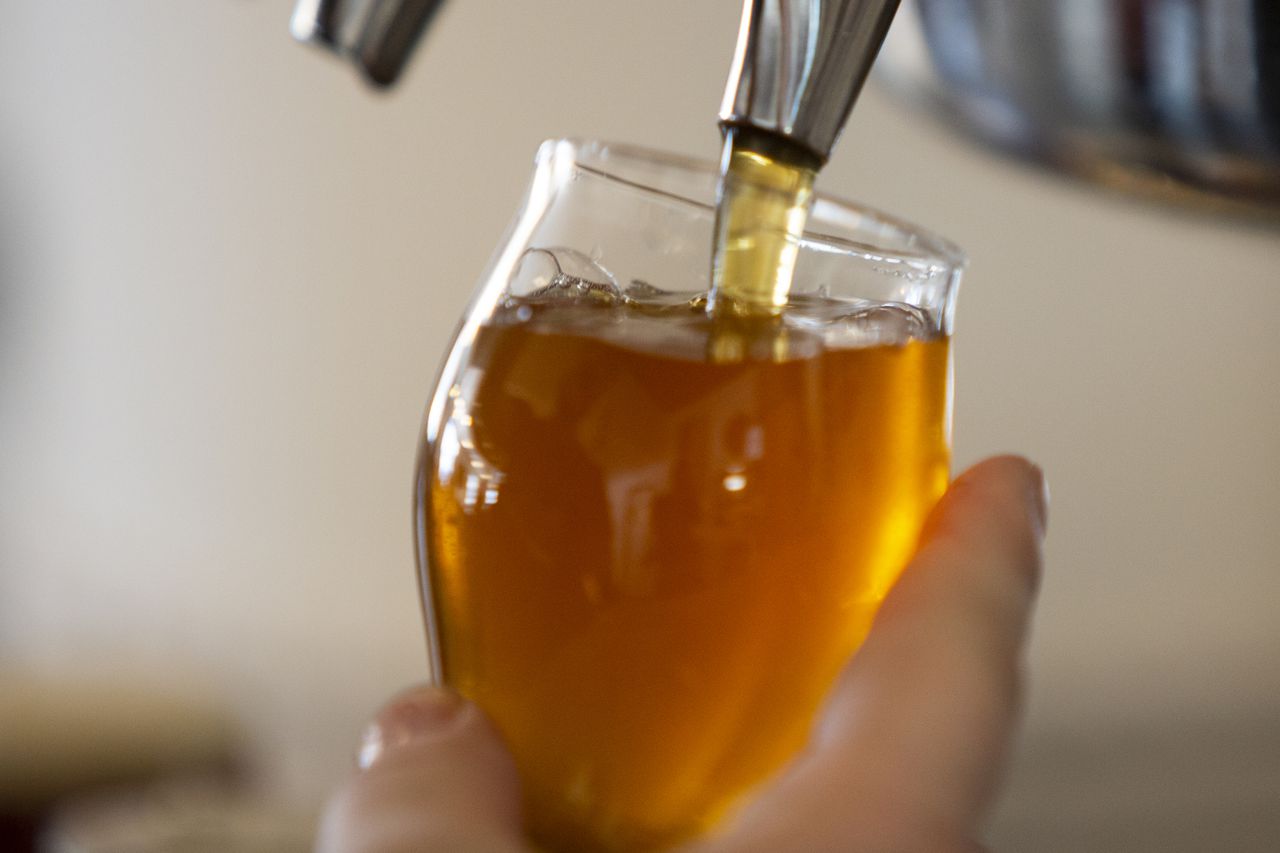 Nationally, beer production in the United States has fallen 12% since 2007, according to data from the Federal Alcohol and Tobacco Tax and Trade Bureau.

Experts are reporting drops for major traditional beer brands like Anheuser-Busch and MillerCoors.

The shift in production comes from a consumer preference for bolder flavors rather than the long-standing â€œWonder Bread beersâ€ that have traditionally dominated the industry, said Michigan Brewers Guild Executive Director Scott Graham.

About half of the beer produced in Michigan was made by Bell’s Brewery, based in Kalamazoo, and Founders Brewing Co., headquartered in Grand Rapids. The rest was made by the other 380 microbreweries and breweries across the state.

This hometown atmosphere has cultivated a culture around craft beer that defines a new generation in Michigan and beyond. In an age of farmers’ markets, farm-to-table restaurants and the drive to support local businesses, it makes sense for consumers to fill their fridges with craft beer, Graham said.

â€œThey prioritize the things they connect with and can relate to and have a personality,â€ he said. â€œCompare that with the major mass-produced yellow and sparkling beers that have grown into these huge brands that are arguably all the same. “

Despite gains over the past decade, the increase in production still doesn’t match Michigan’s heyday, when the state was home to Stroh’s Brewery. The Detroit-based brewery alone produced 6.4 million barrels per year until the late 1970s.

Stroh’s closed its Detroit brewery in 1985, and the business was dissolved in 2000. In 2016, Pabst – which bought out part of Stroh’s – partnered with Brew Detroit to resurrect Stroh’s original 1850s recipe. The beer is marketed under the name Stroh’s Bohemian-Style Pilsner.

The craft brewery scene has brought to the state the same sense of pride the Michiganders feel about the Motor City, said Matt Moberly, vice president of sales and marketing for Bell’s Brewery.

Nielsen research suggests that about 40% of adults of drinking age drink crafts at least a few times a year nationwide.

Now that craft breweries have claimed a stake in the beer market, the question remains how they will maintain and develop this slice of the pie.

Although the company distributes in 40 states, Michigan accounts for about 40% of Bell’s volume, Moberly said.

â€œWe are in Michigan this year which we are extremely proud of,â€ he said. â€œYou can ship beer further, but relevance is a challenge as you move further away from your home market. “

Dedicated fans often take photos of their Two Hearted Ale or their Oberon going on an adventure and tag Bell around the world, Moberly said. But no matter where the customer opens the bottle, it is the Kalamazoo address that founds the Bell’s brand.

“How many times do you see someone climb a mountain with a can of Coke?” ” he said. â€œThere is something special about beer. People just have that connection and they have a sense of community pride. “

As Bell’s sees itself as a neighborhood brewery that has expanded its reach, Founders is emerging as a national brand headquartered in Grand Rapids.

Mike Stevens, co-founder and CEO of Founders, sees this as the next step in raising a generation of craft beer drinkers. What started out as a small local brewery is no longer planned quarter by quarter, Stevens said, but rather 10 years from now.

â€œI think consumers want different brewers, different brands to lead the charge,â€ he said. â€œI think we as craft brewers need to get out of the craft sandbox and start responding to a larger audience. “

Expanding that scope will be less about recreating light beers than craft brews and more about promoting a nationally recognized name, he said.

Stevens recognizes that building a brand as big as Budweiser takes time, money and sacrifice locally.

For the best craft brewers, there’s no turning back and returning to local status, Stevens said.

“It’s our responsibility, we have to take over and run,” he said. â€œWe need to help reshape American beer. You cannot go back. If you’re there, you have to race. You must go there.

The Brewers Association reported that 85 percent of drinking-age adults in the United States now live within 10 miles of a brewery.

The craft beer boom has become a source of tourism for Mitten State. So much so that former MLive reporter John Liberty founded a new company, Michigan Beer Tours, which deals with beer culture in 2013.

While it always surprises him that people plan their vacations around beer, Liberty said that no matter where his customers are from, there are often discussions in the group about Michigan’s two best-known breweries.

Liberty compares the two, and the conversation around their different paths to success, to that of a local rock band. Some people prefer the show to take place in a small, intimate venue and others prefer to attend sold-out stadium tours.

â€œWithout Bell and the founders,â€ Liberty said. â€œYou can argue that we would not make people who go to Michigan drink beer. “