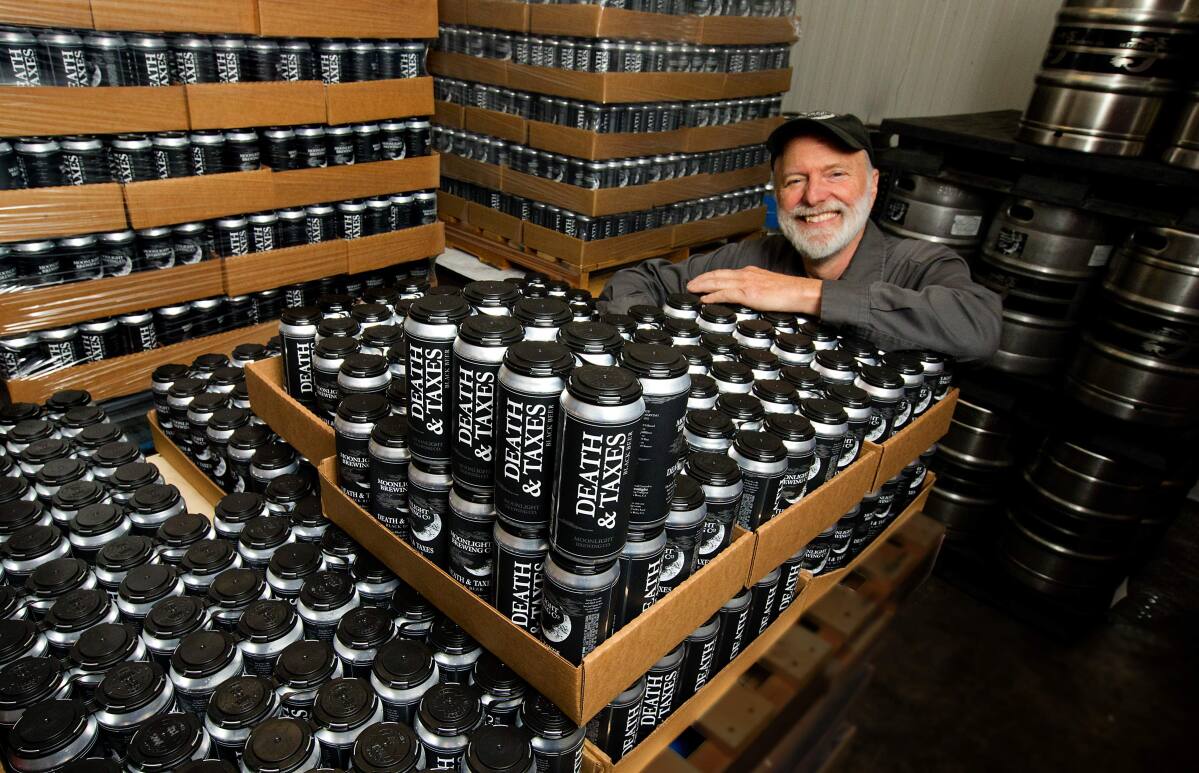 Craft beer production increases in 2017, but growth continues to slow

Craft beer producers sold more beer in 2017 but saw growth continue to slow as the market matures, a trend that is forcing North Coast brewers to focus more aggressively on expanding their their activities at home.

Craft brewers produced 25.4 million barrels last year, a 5% increase in volume from 2016, according to data released Tuesday by the Brewers Association, the Colorado-based nonprofit group that represents independent brewers.

However, growth has slowed to well below the double-digit increases craft brewers enjoyed just five years ago.

The retail value of the product was $26 billion last year, up 8% from 2016, according to the trade group. Nearly a quarter of all money spent on beer in the United States now goes to craft brewers, who continue to make gains at the expense of big beer companies.

“The growth of the craft brewing industry is adapting to the new realities of a mature market landscape,” said Bart Watson, the group’s chief economist. “Beer lovers tend to support their small, local, independent craft breweries.”

A disturbing trend is the growing number of brewery closures, which reached 165 last year.

The latest example, Green Flash Brewing Co. of San Diego, announced on Monday that it was closing its Virginia Beach plant to save money as the company cut nationwide distribution.

“I think we’re going to see that number continue to grow,” Watson said of the closures. “We are in a more competitive market than we have been in the past.”

On the North Shore, two well-known breweries – Mendocino Brewing Co. in Ukiah and Carneros Brewing Co. in Sonoma – both closed this year, although the latter intends to return to the retail market in the future. to come up.

At the same time, brewers in the region are also seeing opportunities in focusing on their local customers rather than expanding statewide or nationally. Most notably, Santa Rosa’s Russian River Brewing Co. will open its new Windsor plant this fall to boost production for regional retailers and welcome more visitors than its often crowded downtown brewery can handle.

Santa Rosa’s Moonlight Brewing Co. began putting its flagship beer, Death and Taxes, into cans this week and is making four packs available at outlets such as Local Barrel in Santa Rosa, Beercraft in Rohnert Park and stores. Oliver’s Market in the area.

Moonlight beers were previously only available on tap at local bars.

“You can only ignore huge demand for so long,” said Brian Hunt, founder and co-owner of Moonlight, which he launched in 1992 and is one of the pioneers of the modern craft beer movement. “Old dogs can learn new tricks.”

Petaluma’s Lagunitas Brewing Co., owned by beer giant Heineken International, bought a 50% stake in Moonlight in 2016, but Hunt said its executives allowed him to grow the brand organically and not grow for aggressive credentials that would be needed for investors such as banks or private equity. It is set to increase production slightly to 3,500 barrels this year.

“The plan isn’t to go crazy and do it right,” Hunt said. He added that he would like to put other beers, like his Czech Reality pilsner, in cans in the future.

“There are a lot of people here (Petaluma) who would love to come more often, but can’t,” HenHouse co-owner Collin McDonnell said.

HenHouse is also installing a new canning line this spring and plans to double its capacity from 5,000 barrels per year to 10,000 barrels.

“We have no plans to enter new markets,” McDonnell said. “There are a lot of people here who want to drink our beer.”

You can reach editor Bill Swindell at 707-521-5223 or [email protected] On Twitter @BillSwindell.

Beer production back in operation at Wigan Brewery