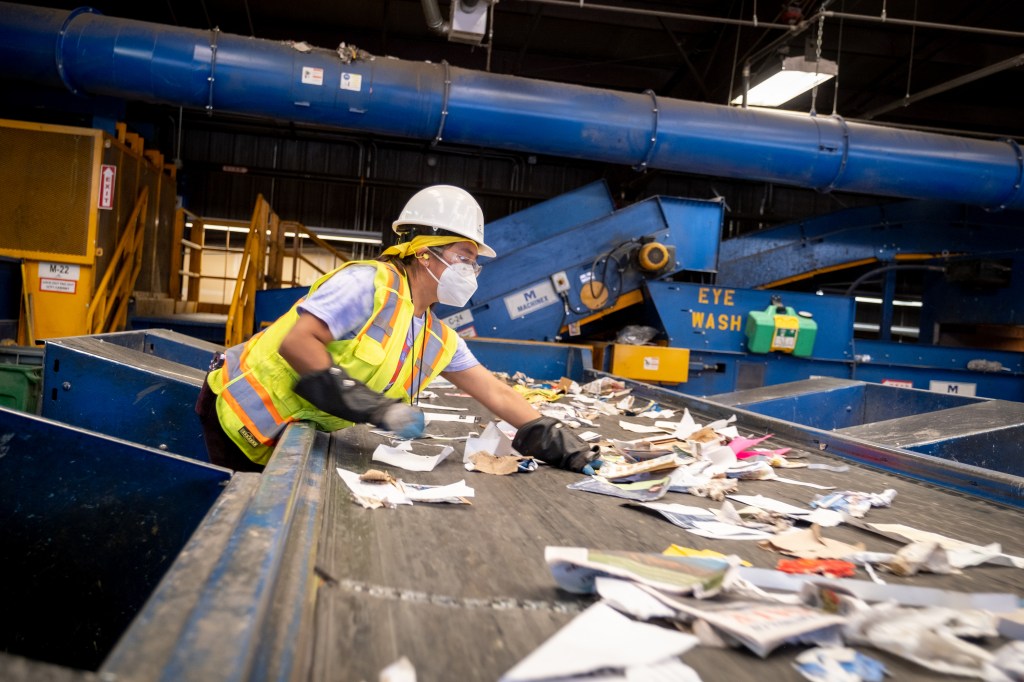 Colorado lawmakers have given their final push to a recycling overhaul that extends consumer responsibility to the producers of all goods sold in the state — about 1,500 companies offering items wrapped in plastic, glass, metal and cardboard.

Companies would pay fees into a ‘producer responsibility’ fund to support statewide recycling and reuse industries as part of the measure lawmakers passed on Wednesday – now directed at Gov. Jared Polis so that a signature becomes law. And companies would have the first dibs to recover their own materials.

This overhaul would position Colorado as the third state in the nation (after Maine and Oregon) joining Canada, Europe and others around the world to tackle waste sent to landfills by targeting products and packaging . Garbage buried in landfills emits heat-trapping methane gas, and federal authorities have identified landfills as a major cause of global warming, leading to increased fires, droughts, and other calamities.

The Colorado legislation – approved by a 21-14 vote in the Senate and a 40-25 vote in the House – has received support from producers who want to salvage more material for reuse and would set up a system to charge less to producers. businesses when they design products and packaging that are easier to recycle.

“This is the most significant and groundbreaking recycling policy we could have adopted across the country,” said Kate Bailey, director of policy and research for Eco-Cycle, a Boulder-based recycling organization. which promotes recycling statewide.

Lawmakers have taken action in an effort to reverse Colorado’s status as a recycling laggard. Colorado’s recycling rate — 15.3% of waste generated in the state, down from 15.9% in 2020 and 17% in 2018, according to state data — remains less than half the national average rate of recycling. about 32%.

Governor Jared Polis in 2020 said Colorado would go from a laggard to a leader. A state goal set in 2017 calls for recycling 45 percent of waste statewide by 2036.

But a paper industry group opposes Colorado’s measure. “We urge Governor Polis to veto HB22-1355. An extended producer responsibility program is not the right policy approach for sustainable paper products,” said the Vice President of American Forest & Paper Association, Terry Webber, warning that this could increase costs for consumers “Colorado should instead focus on underfunded and underdeveloped recycling programs.”

“We believe this is a bold solution that will increase the recycling rate for all recyclable materials in Colorado, including bottles and cans,” said William Dermody, vice president of the American Beverage Association. “We want to increase the amount of bottles and cans that are collected so they can be turned into new ones. Colorado is the first state to truly embrace our principles. ….. Producers can salvage their own materials to make new products. We want to reduce the amount of new plastics we use.

Polis “will review the legislation when it hits his desk,” said the governor’s spokeswoman, Melissa Dworkin.

The roughly 1,500 to 2,000 businesses that sell products in Colorado would pay fees, with a few exceptions, such as sellers of pharmaceuticals packaged to thwart child safety. Fees would often amount to a penny or less per product.

The fees would feed into a fund that is expected to earn several million dollars a year to increase public funding for recycling services and reuse industries throughout the state. A producer responsibility organization – at least 27 of them have been set up around the world – would administer the scheme. Colorado officials and producers will develop the program over the next few years for a 2026 launch.

“It’s a really big deal. It can really help increase recycling in Colorado,” said Charles Kamenides, chairman of the board of Recycle Colorado and manager of waste management services for the city of Longmont at the northwest of Denver.

“The more we recycle, the more we reduce our carbon footprint and manufacturing cost. There is value to all the materials we have and can use,” Kamenides said. “Sending waste to a landfill is almost like throwing money in a landfill. If that cardboard, paper and plastic can be valuable, let’s reuse it if we can.