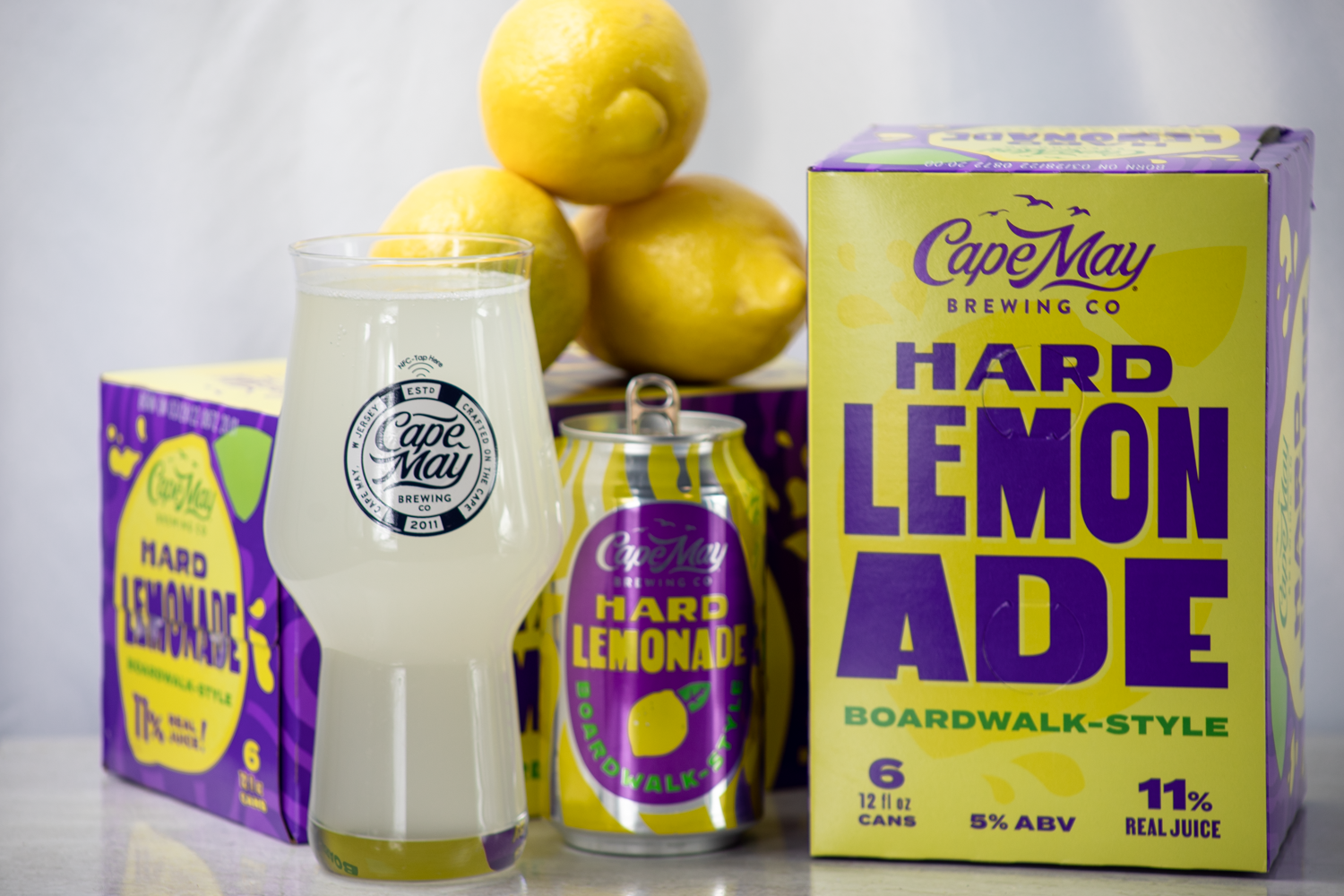 
CAP MAY, New Jersey – Cape May Brewing Company is thrilled to announce that its promenade-style hard lemonade will be dispensed in 12-ounce cans in newly designed can packaging starting this month. Hard Lemonade is Cape May Brewing Company’s second release in the non-beer alcoholic beverage sector, following the release of their Hard Seltzer Variety Pack last year.

Hard Lemonade is 5.0% ABV and is made with lemon juice, cane sugar and alcohol for a balanced and refreshing drink.

“For our packaging design, we wanted to do something special to make it look distinct from the rest of our products while still maintaining our fun and creative style,” says Alicia Grasso, Marketing Director of Cape May Brewing Company. “At the end of the day, this is an artisanal hard lemonade brewed with the same care and attention to detail as our other products.”

“The goal of this product was to keep it simple and make traditional lemonade using lemon juice, water, sugar and just add alcohol from there,” says Brandon Greenwood , director of brewing. “After that, all we had to do was treat this product with care to complement and enhance each of those vibrant flavors.”

Their first run of Hard Lemonade was part of the brewery’s 10th anniversary specialty series showcasing some of the coast’s signature flavors. It debuted on the 4th of July weekend last year and sold out within a day, leading to a second release a few weeks later which was also well received.

Cape May Brewing is eager to offer fans of its beverages a new style of brewing to enjoy, and fans of their non-beer products even more variety.

Distribution in New Jersey will begin later this month, with distribution in eastern Pennsylvania and Delaware following shortly thereafter.

About Cape May Brewing Company

CMBC started in 2011, with three guys making a beer in a 1,500 square foot space. Now, between their administrative, production and distribution facilities in Cape May and Egg Harbor Township, they have over 74,000 square feet of space and are still #brewingstrong at the Cape May airport. They have several hundred flagship, seasonal and small-batch beers under their umbrella, distributed throughout New Jersey, Eastern Pennsylvania and Delaware. Their original space is now dedicated to experimental brewing and their award-winning tasting room, with a separate industrial brewing facility across the street. Bridging the gap between the two is their new seasonal outdoor Brewtanical Garden, which offers guests an alternative space to enjoy popular CMBC beers, complete with attached restrooms and its own bar and waiters.