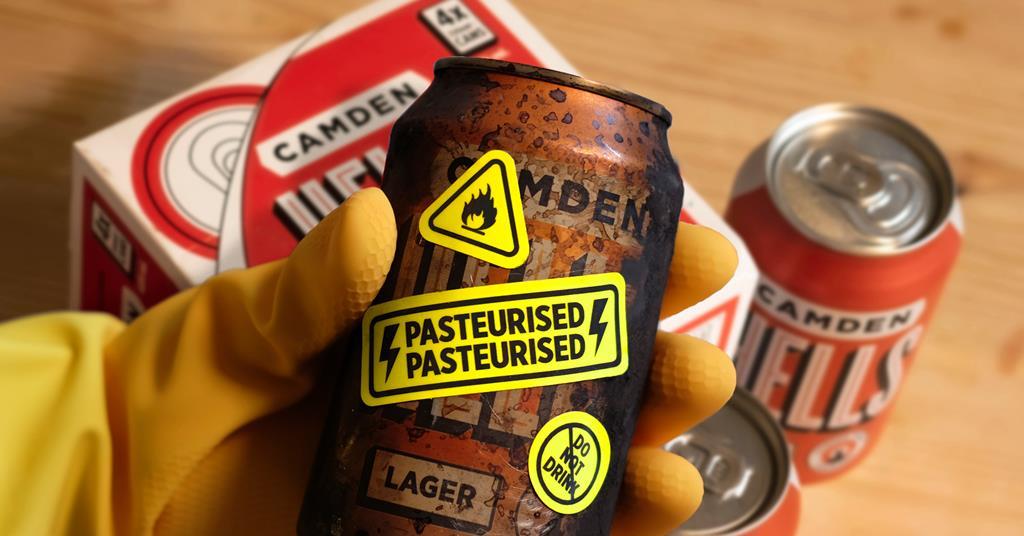 Consumers who manage to find any of the 50 “inferior” beers that have been launched will be compensated with a one-year supply of Hells Lager, Camden said.

The recall is supported by a national television commercial, which features a press conference, held by an illustrated Camden employee and voiced by comedian Lolly Adefope.

The press conference announces the voluntary recall of a small batch of cans of Camden Hells Lager that were accidentally pasteurized and distributed across the UK.

Drinkers will know if they have found any of the pasteurized cans, as they are covered with warning stickers and are designed to “look as horrible as they taste,” Camden said.

Consumers who report a pasteurized can to Camden’s “Always Fresh But Not This Time” hotline will be compensated with a one-year supply of Hells Lager, he said.

Complainants will receive a regular delivery of 24 cans of Camden Hells Lager to their doors each month for 12 months.

He said he “would never dream” of intentionally pasteurizing his beers like “other breweries” because the heating process alters the taste.

The beer recall announcement will run for four weeks and “let beer lovers know that pasteurizing beer is the biggest mistake Camden can ever make,” he said.

The campaign was created by advertising agency Wieden & Kennedy, in collaboration with director James Papper and illustrator Vivienne Shao.

Camden Town Brewery Marketing Manager Zoe Wulfsohn-Dunkley said it would “increase national awareness and testing of our flagship Hells Lager and support the UK distribution of our delicious chilled beers.”