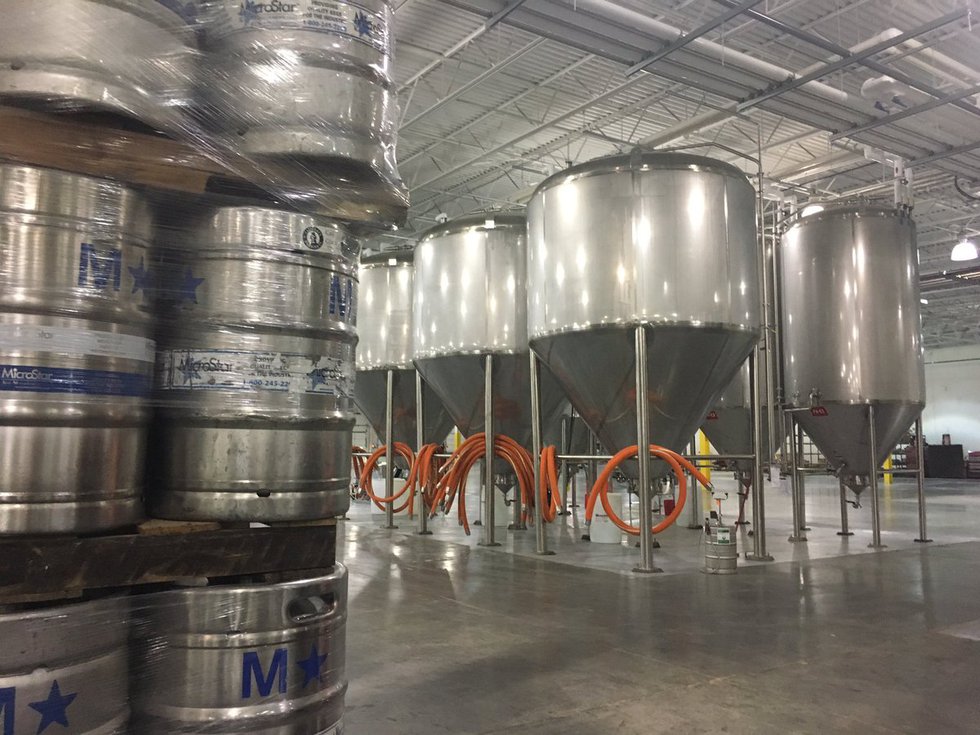 The company opened its tasting room and restaurant in June, but only started beer production about a month ago.

The $48 million, 259,040 square foot Botetourt County location is the company’s largest brewing facility and the only one outside of California.

“It’s an amazing community and we want to connect and be part of the community,” said Ballast Point President Marty Birkel.

According to a company spokesperson, Ballast Point Brewing Co. has hired 100 people for its Virginia site.

About 2/3 are new local hires and 1/3 are employees who moved to Virginia from San Diego.

“We plan to have 200 employees and are rapidly approaching that number at all levels,” Birkel said.

He says more jobs will be created as the business expands.

“We built this facility for expansion, it was designed to be built in phases, this is the first phase of production.”

“It’s a huge opportunity and a boost for Botetourt County and for the region to have this type of manufacturing here.”

More than 150 Ballast Point Brewery wholesalers from across the country gathered in Botetourt County on Thursday to view the new restaurant and brewing facility.

The society invited local leaders and elected leaders to a ribbon cutting and official grand opening on Thursday evening.