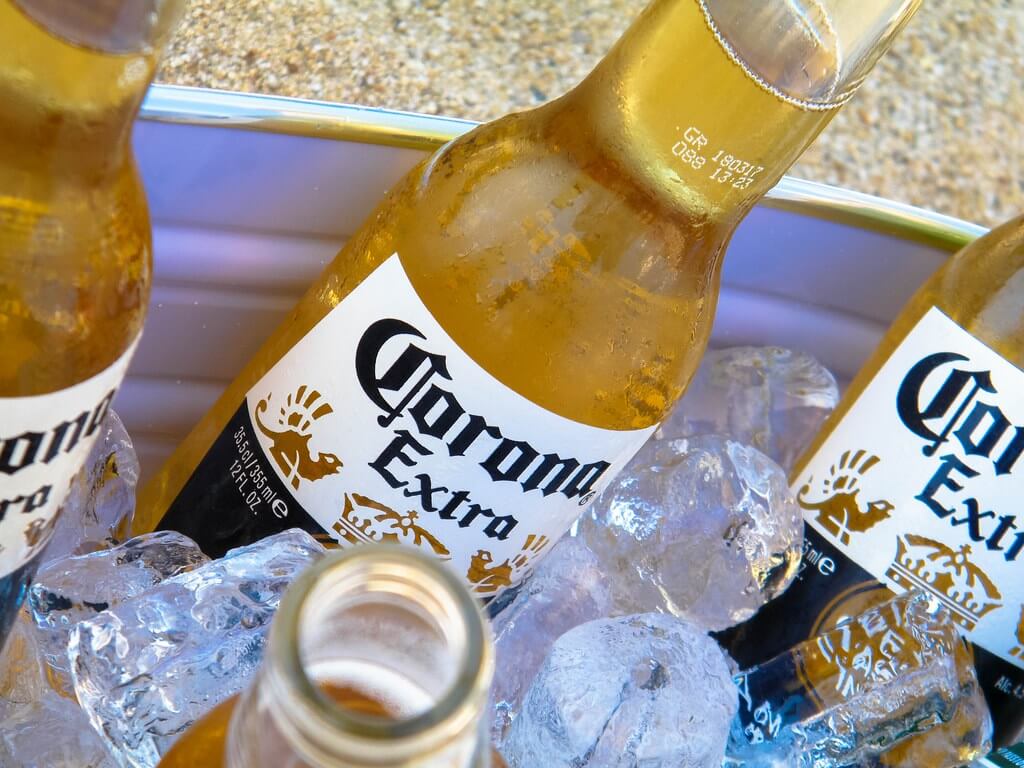 Will Corona beer have a new name by the end of 2021 due to the coronavirus epidemic? Photo by Panos Sakalakis (Flickr).

Insert your humorous headlines “Coronavirus Got Corona Beer” here. While it may seem like there is some sort of funny story here, the reality is that the Mexican government has shut down all non-essential businesses. Unfortunately, beer making is not a core business, so production had to be temporarily suspended.

While people will want to do more of this story than it is, that’s really all that happened here. Modelo Group, the maker of Corona beer, has also stopped production of Modelo and Pacifico beers, so it’s not as if COVD-19 has taken on a particular beer.

There has been speculation that sales of Corona beer are down due to the fact that it has a similar name to the coronavirus and that some people have made some sort of association between the two. However, this appears to have been misinformation.

The Mexican government said it was a “non-core” activity. The company has denied reports that sales are dropping due to the #coronavirus pandemic. pic.twitter.com/aNGDQfXFNt

Constellation Brands Inc. reported in late February that it had seen no impact on sales of the Corona beer brand. In fact, at the time, they had reported a 5% increase in the brand’s sales in the four-week period ending February 16. Of course, the pandemic has only worsened since then.

Even so, the sales issues primarily concern the entire industry and not just Corona beers. Of course, in the absence of sporting events, festivals or concerts and the closure of most bars, all brands of beer and alcohol suffer. In China, Corona suffered losses estimated at $ 170 million, but other beers also suffered.

This is not the direct result of people making a correlation between the coronavirus and Corona beer.

To me, that’s 100% a â€œnoâ€. We’re talking about a beer brewed since 1925 that has built one of the biggest and best brands in the industry. Changing the name due to a six-month pandemic – let’s say it even lasts two years – doesn’t make sense for a company that has been using the same name for almost a century.

Corona Beer has stopped all production. This is how you know we live in a time of absolute idiots.

Changing the name would cost them billions in marketing and for the most part, no one actually reports negative associations of the coronavirus to Corona beer. On top of that, many people use the name COVID-19 – to be more technical – or “China Virus” – either to be more derogatory or to indicate where it came from.

These two elements further dissociate the beer pandemic. They will not change their brand name.

Will Grupo Modelo declare bankruptcy before 2021?

It is also an absolute ‘No’. There is a small possibility that something crazy will happen, but it won’t be because of the COVID-19 pandemic. Keep in mind that even with production shutdowns and severe sales downturns, this is still a profitable business.

Also, their product, which is beer, tends to keep quite well, so even if they don’t sell the beers today, they should be able to store them and sell them later. It’s not as if the product is something perishable like milk, which could spoil and should be thrown away.

Grupo Modelo is a company whose profits are generally in the order of $ 500 million per year. I have a hard time seeing them go bankrupt because of this, so I would bet on “No”.

For this prop, I don’t have such a strong reading but I would probably bet the â€œOverâ€. We have had some good news regarding the sport, it looks like we will start to get back to normal in June. With New York State apparently (hopefully) starting to flatten the curve, a return to normal in two months seems reasonable.

Assuming other parts of the United States don’t have nearly as severe outbreaks, we should see them continue to climb along with the rest of the stock market. It’s currently at $ 41.81 and that gives them plenty of time to get over $ 42.

For over 15 years Dave has worked in consumer media and sports betting. He hosted a station on Sirius Satellite Radio for four years and is currently Editor-in-Chief for AskMen. He has interviewed hundreds of hundreds of top sports stars like Shaquille O’Neal and Floyd Mayweather.

For over 15 years Dave has worked in consumer media and sports betting. He hosted a station on Sirius Satellite Radio for four years and is currently Editor-in-Chief for AskMen. He has interviewed hundreds of hundreds of top sports stars like Shaquille O’Neal and Floyd Mayweather.