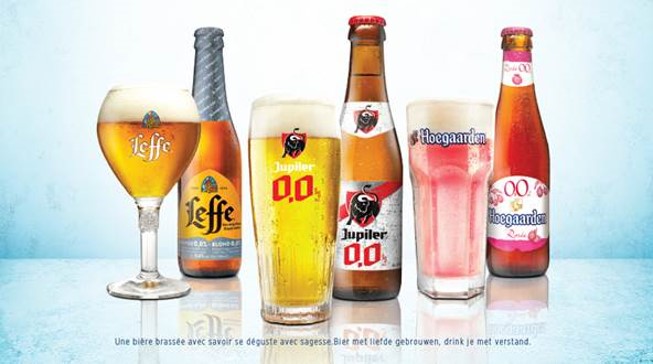 The world’s largest brewer could source fast-growing low-alcohol beer labels over the next five years to meet consumer demands.

â€œWhen you represent more than 30% of the world’s beer, you have the responsibility to offer a range of products,â€ said Laura Diamond, AB InBev’s head of consumer strategy in Europe. beverage trade at the Lo & No Summit this week.

AB InBev, which manufactures Budweiser and Stella Artois, has set itself a target of increasing the number of soft drinks it sells and has set itself a target of non-alcoholic and low-ABV drinks to constitute a fifth of its global production by 2025. Currently, low blood alcohol levels and non-alcoholic products represent around 10% of global volumes.

The brewer launched non-alcoholic equivalents to Budweiser and Stella in the UK earlier this year to capitalize on the rapid growth of weak sales of ABV drinks in the country. The latter, said Diamond, took two years to develop and has already won two awards in beer tasting competitions, a feat that would have been unheard of for non-alcoholic beer just a few years ago.

In March of this year, the Society of Independent Brewers saw a 30% jump in sales of non-alcoholic or low-alcohol beers since 2016, and increasingly expects to have a wider range in pubs. and bars. A separate study by Euromonitor also showed that the UK market for alcohol-free, low-alcohol beer has doubled in four years. Before the lockdown, Euromonitor estimated sales would reach Â£ 63million by the end of 2020.

Global brewers have responded to the demand by creating alcohol-free alternatives to their flagship brands. Heineken launched a 0.0% ABV beer in 2018 and sold 15 million bottles in the first year. More recently, Irish brewer Guinness – owned by vodka maker Smirnoff Diageo – introduced a 0.0% stout in the UK and Ireland with a view to rolling it out to more markets next year. The beer was recalled this week due to contamination fears, but Diageo is still confident it can resume production soon.

At the same time, craft breweries that have historically struggled to compete with multinational bar producers are gaining market share by investing in the production of low ABV beer. Lucky Saint, a UK-based brand that sells a low ABV Pilnser brewed in Germany, saw a 300% increase in online sales during the lockdown, helping to offset losses caused by bar closures and restaurants this year. Meanwhile, Suffolk-based Big Drop, which creates its own recipes and then partners with small international breweries to brew its 0.5% ABV beers, recently got Â£ 1million to start exporting to Australia and North America. One of its biggest supporters is Mark Hunter, the former managing director of US brewing giant Molson Coors.

So far, most brewers have focused on expanding the range of beers available from well-known brands to meet the growing number of consumers who moderate their alcohol consumption. AB InBev’s reasoning on this, said Diamond, is to focus on â€œlocal, quality and sustainableâ€ products to recruit consumers who already enjoy more established beers within the portfolio in the category. For example, the Belgian brewer launched a 0.0% version of her Leffe lager in Europe last year, which she says “has generated a lot of growth in France for us”.

However, Diamond said db that AB InBev does not rule out acquiring new brands with promising sales figures to achieve its objective and stay ahead of the competition.

â€œA lot of the space here for us is to listen to consumers with our portfolio, and that’s where acquisition could play a role,â€ said Diamond.

â€œThe most important piece today has to be to have better memory structures for these brands. We’re still building the credibility of why you would have non-alcoholic beer, so we need to come up with even more deals. “