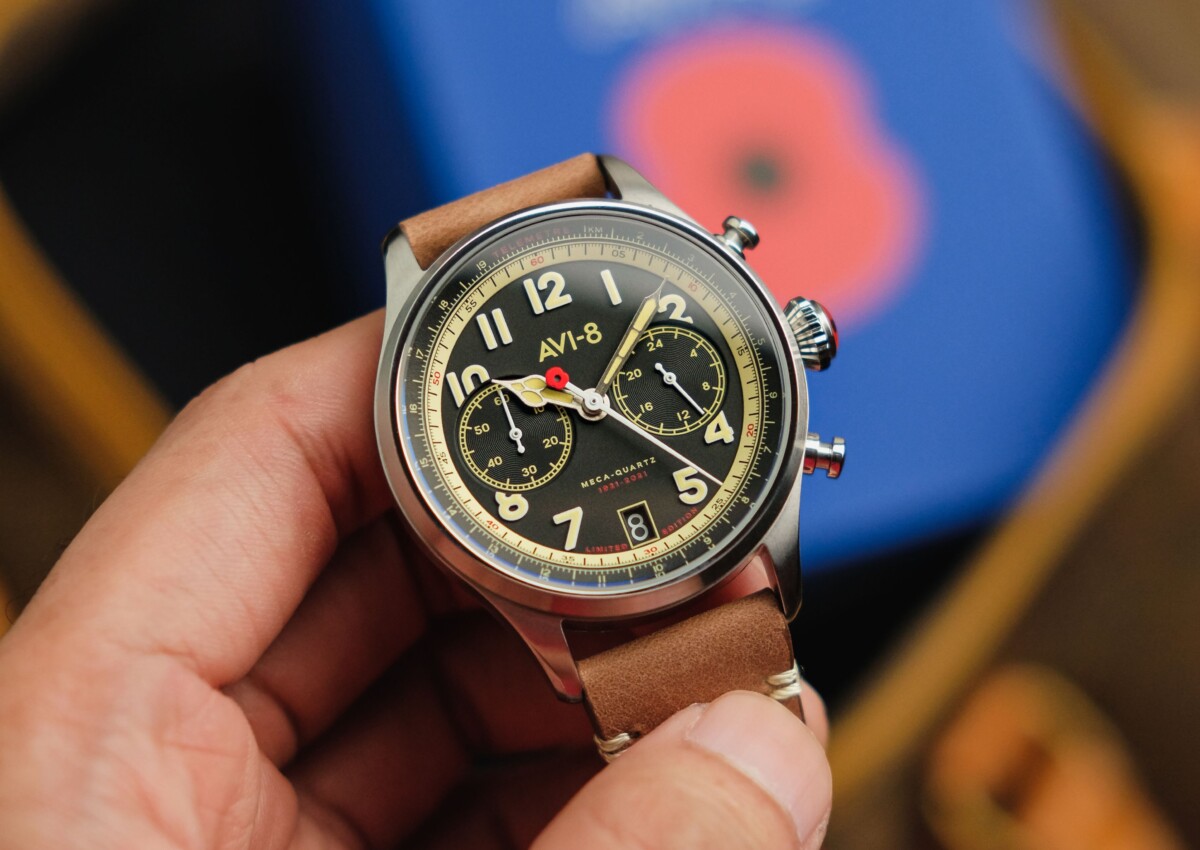 After the success of the AVI-8 x Royal British Legion partnership, launched in May 2021, AVI-8 Watches announced the launch of two new timepieces produced as part of Remembrance Sunday, to support and commemorate this charity on the occasion of its centenary. The Flyboy Royal British Legion Founder’s Chronograph and the Flyboy Royal British Legion President’s Meca-Quartz are both limited to 1,000 pieces, and each watch sold will contribute to charity and support those who serve and have served. in the British armed forces and their families. All watches resulting from this partnership will be presented with an exclusive poppy-shaped pin dated RBL 2021, a lasting symbol of support for our armed forces past and present. Available on the AVI-8 site, with a suggested retail price of £ 125 to £ 225.

To mark the annual International Day of Persons with Disabilities (IDPD) December 3, social enterprise Parallel lifestyle has partnered with a sustainable sportswear brand, BAM, and the business support charity, Hatch Enterprise. The aim is to encourage businesses and the public to buy and wear a pair of Parallel’s Purple Socks to highlight the challenges facing deaf and disabled entrepreneurs in the UK and help them thrive. Using this year’s IDPD as a platform, the first Purple socks day will inspire businesses and the public to participate in a simple and effortless act of wearing purple Parallel designed socks by BAM, which will cost £ 5.

Anthology of detective novels for POhWER

Next range for Parkinson’s UK

Next, in partnership with Parkinson United Kingdom, has launched an exclusive line of home accessories and children’s t-shirts featuring designs by artist Alex Echo (pictured) who was diagnosed with Parkinson’s two years ago. 100% of the profits from the line go to the charity to fund Parkinson’s services. Echo has been creating art for four decades and has seen his work exhibited in some of the world’s most prestigious art galleries. Her bold and inspiring designs are featured on a cushion and unisex children’s t-shirts based on the concept of “share the love”. He also painted one of his iconic rabbit sculptures, named after Parkinson’s UK founder Mali Jenkins. The sculpture is sold by Castle Fine Art, with 10% of the proceeds from the sale of the piece going to the charity.

Health activist Bryony Gordon has designed an exclusive collection of cards for thortful.com to mark World Mental Health Day on October 10. The collection, called Affirmation donates 100% of its profits to the Community Program by Bryony; Mental health companions. The affirmation card collection is available exclusively at thortful. Cards include a QR code on the back, to be scanned to learn more about the partnership and tips for improving mental well-being. Throughout October, thortful will also be supporting Mental Health Mates and the Better Health – Every Mind Matters campaign.

Toast Ale’s new Companion Series is a limited edition collection of 26 beers from 25 breweries in the UK and Ireland, all brewed with excess bread. £ 26 from each box will be invested in conservation and regenerative agriculture projects by two non-profit organizations – Rainforest Trust United Kingdom and Heroes of the ground. £ 13 will protect 1,300 trees in threatened rainforests with Rainforest Trust UK, and £ 13 will capture 144kg of CO2 by improving soil health on UK farms with Soil Heroes.

Based in Leeds Anthology brewing company came up with The importance of adding Kiwi. The beer is a 4.5% cucumber and kiwi sour, and £ 10 from each keg sold goes to TransLeeds.

Finisterre clothing for the RNLI

Finisterre launched a limited edition co-branded clothing collection with RNLI last month, of which 10% of every sale in the range is donated to the charity. As part of the collaboration, Finisterre also shared the land-to-sea stories of four crew members, telling the stories of seemingly ordinary people doing extraordinary things through an episode of his “Hell or High Water”. Podcast. Mali Parry-Jones team members Emily Hague, Josh Owens and Peter Doyle each come from different backgrounds and jobs, but all are on call to save lives in different parts of the UK.

About Mélanie May
Melanie May has been a journalist and writer specializing in writing both for and about the charity and marketing services industries since 2001. She can be reached via www.thepurplepim.com.

Kannah Creek Brewing Company looks back on 16 years in celebration

Is Unifi (UFI) outperforming other industrials stocks this year?